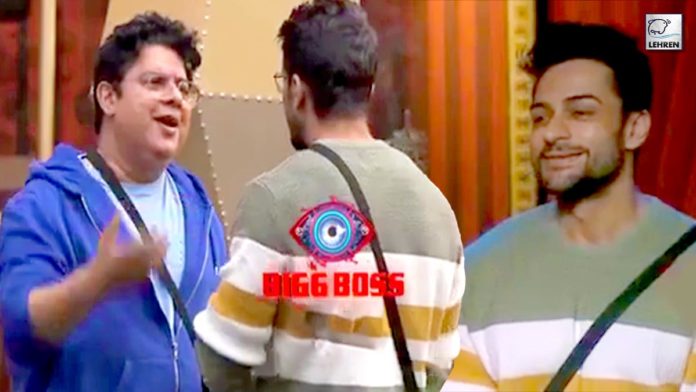 Shalin Bhanot and Sajid Khan engage in a heated conversation after Sajid confronts Shalin about nominating him in the first week, take a look-

Bigg Boss 16: Salman Khan’s hosted show Bigg Boss 16 is currently in its first week. However, the drama and fights have already begun in the house, soon after the first nomination task of the season, an argument broke out between filmmaker and contestant Sajid Khan and Shalin Bhanot after the latter nominated the filmmaker during the task, take a look-

In the recently released promo of the upcoming episode of Bigg Boss 16, filmmaker Sajid Khan and actor Shalin Bhanot will be seen having an argument after Sajid will confront Shalin for nominating him during the first elimination round of the season. Talking about the same Sajid mentions that Shalin called him a brother and yet he nominated him during the round.

During the stand up comedy skit Sajid confronted about the same and said, “Bigg Boss ke baad Iss ghar ki dusri awaaz Shalin hai, Yahan aane se pehle tu mujhe keh raha tha tu Farah ka dusra bhai hai, toh nomination mujhe kyun kiya, why why (After Bigg Boss, Shalin is the voice of this house. You called me before the show and said you are Farah’s second brother, then why did you nominate me)?”

During an interaction with Shalin, Sajid says, “Kal bhi mujhe nominate kara, aaj bhi thumbs down kar raha hai. Ye kya hai. Kaun sa brother hai tu (You nominated me yesterday, today also you gave me a thumbs down. What kind of a brother are you)?”

While Shalin on the other hand says that if he (Sajid) doesn’t want to play the game then why is here in the house? He says, “Aap mujhe ungli kar rahe ho (you are poking me), do you even want to listen to me.” He added “Aap yaha pe ho kyun (why are you here)? Aaye kyun ho yaha pe (Why have you joined this show)?”