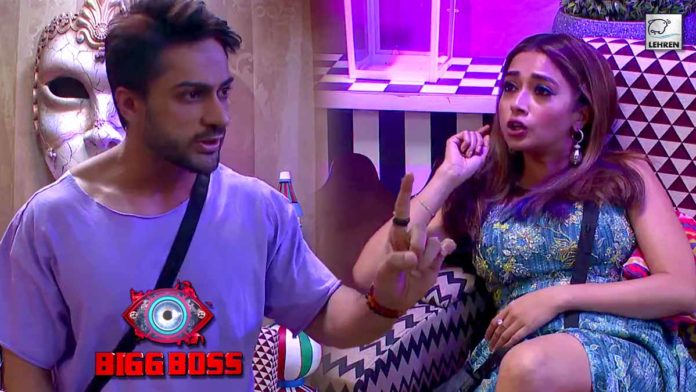 Shalin Bhanot will question Tina Datta's loyalty. The actor complains to Tina over back bitching about him in his absence.

Bigg Boss 16 Promo: Bigg Boss 16 is currently in its 5th week, in the recent week many friends turned foes and many foes turned friends for many housemates inside the house. Following the same many fights and arguments were seen getting sparked inside the house and the most recent remains Shalin and Tina’s fight, here’s why-

Many dynamics will be seen changing in the Bigg Boss 16 house. Among the same will remain Tina and Shalin who apparently looks like to have been budding their romance will now have a heated argument over their loyalty in their relationship.

The argument between the two starts off when Shalin complains to Tina that she had bitched about him in his absence. Tina on the other hand denies of any such allegations. Shalin further proves his point by quoting Tina’s statement saying, “jisne humein hi dhoka de diya vo tumhe bhi dhoka dega”. Tina denies saying any such statement. Later the two confront Gautam, Nimrit, and Sumbul about the same.

Apart from Shalin and Tina, MC Stan will also approach Gautam and will admit that he doesn’t trust Shiv anymore. He will be seen revealing that Shiva asks him and Gori to stay away from others while he himself is now making new friends in the house. Mc further states that he doesn’t know anybody’s game and strategies in the big Boss house.

Among the changing dynamics, Archana and Priyanka will be another duo who will now turn foes. The fight erupts between the two during Shekhar Suman’s entry. During their conversation with Shekhar Suman, Shiv will be asked to name a person who is a fielder who wants to grab all the balls. To this Shiv will name Priyanka saying that the latter intervenes in between all the issues which don’t even concern her.

To this Priyanka will be seen stating that everyone has their own perspective and view. She further states that she can’t avoid it when people make mistakes. While Archana on the other hand seems to disagree with Priyanka. Archana points out their previous fight over the “jug”.

Later Priyanka indulges in a heated argument with Archana. Priyanka challenges Archana to make 50 rotis in the kitchen. She later requests the contestants to change her kitchen timings from Archana as she doesn’t want to cook in her presence.