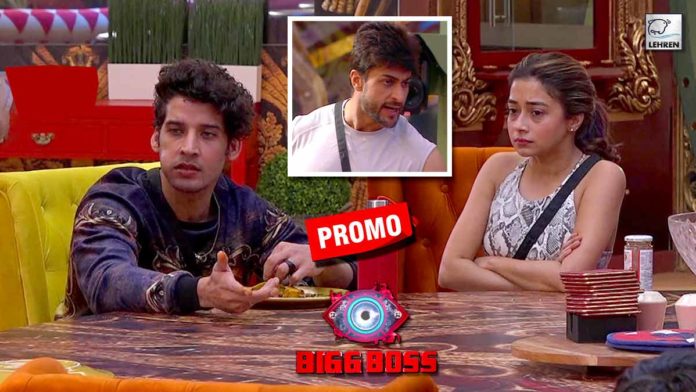 Payback time for Tina, as Gautam avenges his captaincy after ousting the latter from the captaincy race. Here's what happened next-

Bigg Boss 16: Bigg Boss 16 is currently in its 5th week, in the recent week many friends turned foes and many foes turned friends for many housemates inside the house. Following the same many fights and arguments were seen getting sparked inside the house and the most recent remains of Shalin and Gautam’s fight. In the recent promo, Shalin will be seen losing his calm after Gautam will oust Tina Datta from the captaincy race. Here’s what happens next-

It will be a payback time for Tina Datta in the upcoming episode of Bigg Boss 16. As in the latest shared promo, Tina was seen getting ousted from the captaincy race by her own friend Gautam. For the unversed, Gautam has been brutally criticized and slammed after he attained the captaincy for the 5th week by sacrificing ration, even his friends Tina and Shalin were seen standing against him for his reckless decision.

While from what it seems Gautam might just avenge himself for the same in the upcoming episode after he ousts Tina Datta from the captaincy race. In the upcoming episode, all contestants including Nimrit, Shiv, Priyanka, and Gautam who earlier remained captains in the house will get a special right to choose the new captain for the forthcoming week.

During their task to choose the next captain, Gautam Vig will be seen ousting Tina from the captaincy race. Ousting Tina Gautam states that the actress should stand for her own issues rather than letting speak others for her. Later Shalin mentions the same to Gautam saying that he has now shown his real face. He then asks him for a faceoff and both gets into a heated argument.