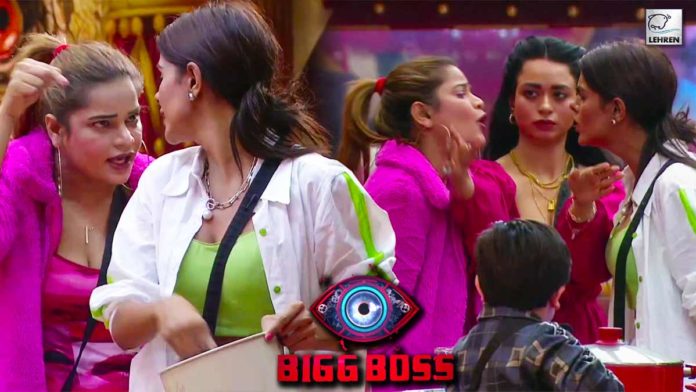 Archana Gautam will be seen fighting with her "friend" Priyanka Chahar Choudhary for the kitchen duties in the upcoming episode of Bigg Boss 16, watch video-

Bigg Boss 16: Ever since the beginning of the 16th season of the reality show Bigg Boss many fights and arguments and fights have been seen breaking out in the house. In the recent week Archana Gautam was ousted outside of the house after she tried to choke Shiv Thakare. Although Archana is now bought back in the house but it seems her fights and arguments with housemates are not ending just yet.

In the recently shared promo, Archana Gautam was seen having a heated argument with her friend and housemate Priyanka Chahar Choudhary. The promo begins with Archana asking Priyanka if she has gotten any learnings and manners from her parents. Reacting to this Priyanka loses her cool and warns Archana to not drag her parents’ names in between their fight.

Backing up Priyanka her co-star Ankit Gupta was also been warning Archana to mind her words and not cross the line. Later Priyanka talks about the matter with Sajid and asks him do to take a stand. Sajid however says that their fight doesn’t concern his captaincy.

Apart from fighting with Archana, Priyanka will also be seen having an argument with her friends Gautam Vig and Soundarya Sharma during the nomination task. In the recently shared promo, Priyanka was seen telling Ankit that everyone is changing their game so why shouldn’t they change their preferences and strategies, following this Priyanka then says that she will save Shalin Bhanot during the elimination task.

Reacting to Priyanka’s decision to save Shalin, Soundarya loses her cool and slams Priyanka Chahar Choudhary for being a hypocrite. For the unversed, Gori Nagori was eliminated in the recent weekend ka vaar after she got fewer votes. Archana on the other hand was bought back into the house.