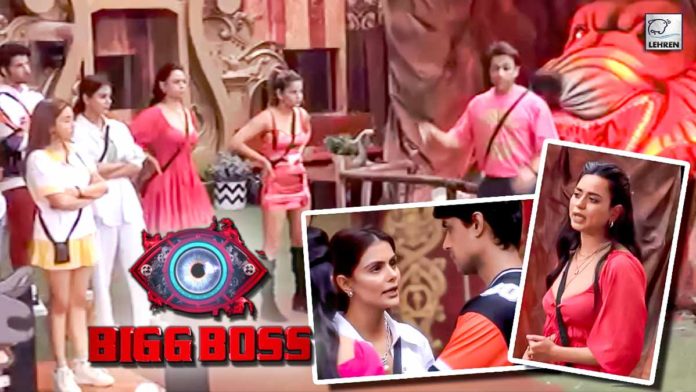 Here are the contestants who are nominated for the 7th week's eviction in Bigg Boss 16.

Bigg Boss 16 Nov 15 Update: Bigg Boss 16 is currently in its 7th week. Sreejita De, and Manya Singh have already been ousted in the previous eviction rounds, while during the recent weekend ka vaar Gori Nagori was also evicted from the house. Meanwhile, the nominations for the 7th week happened in the recent episode, during which Ankit along with Priyanka and Archana were saved. Here are the contestants who are nominated for the 7th week’s eviction in Bigg Boss 16.

Archana Gautam was seen having a heated argument with her friend and housemate Priyanka Chahar Choudhary. Archana then asks Priyanka if she has gotten any learnings and manners from her parents. Reacting to this Priyanka loses her cool and warns Archana to not drag her parents’ names in between their fights.

Backing up Priyanka her co-actor and friend Ankit Gupta was also seen warning Archana to mind her words and not cross the line. Later Priyanka talks about the matter with Sajid and asks him do to take a stand. Sajid however says that their fight doesn’t concern his captaincy.

During Priyanka and Archana’s, Shalin among other housemates were seen discussing who is real and who was not. Shalin states that Soundarya doesn’t have much of her own personality and that she keeps following Priyanka since she has a voice in the house.

Later Bigg Boss finally assigns housemates their nomination task for the upcoming week, during which the nominated contestants will have the right to nominate each other during task. Despite fighting for their turns the contestants decide to go turns giving each other fair chances. Soundarya goes first and nominates Tina Datta.

Later Shalin and Archana argue to go second, finally, Shalin gets his turn as he nominates Gautam. Later Priyanka gets her turn and nominates Shalin. Following Priyanka then goes Tina who nominates Soundarya. While the last 3 remaining contestants including Ankit, Priyanka and Archana gets saved for the forthcoming week.

After the task Soundarya, Gautam and Archana discuss the task and claim that Priyanka isn’t faithful and loyal to their group. Gautam and Soundarya get furious after Priyanka supports Shalin in the task.