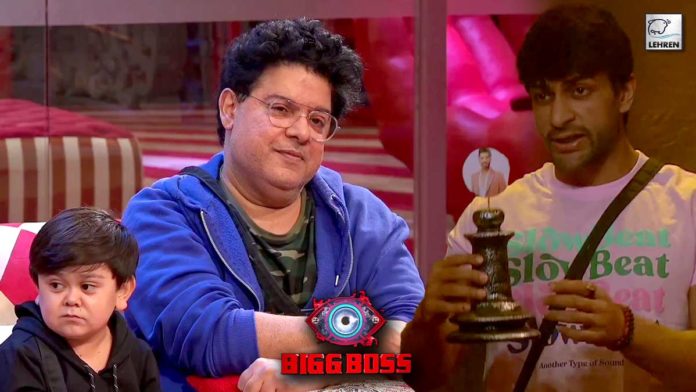 Bigg Boss 16 Nov 14 Update: Bigg Boss 16 is currently in its 7th week. Sreejita De, and Manya Singh have already been ousted in the previous eviction rounds, while during the recent weekend ka vaar Gori Nagori was also evicted from the house. Meanwhile, in the latest episode, the contestants were seen fighting to win their spot in the upcoming week’s captaincy. Here’s all that happened in the latest episode of Bigg Boss 16-

The latest episode of the show began with a fully charged fight between Bigg Boss 16 contestants for “sugar”. Priyanka asks Archana to give her sugar however the latter denies saying it’s her part of the ration. Later Priyanka mentions that sugar is a common thing and doesn’t belong to anybody’s ration. Following the same, they ask Shalin to give them sugar. Shalin denies. The whole conversation then turns out to become a fight.

After slamming Shalin for not giving sugar, Soundarya then enters into a heated argument with Nimrit and Sumbul over kitchen stuff and duties. Gautam jumps in to pacify the situation however it turns, even more, worse as Soundarya slams Gautam for coming in between her fight.

Shalin Can Now Become The Captain

Later Bigg Boss calls all the housemates as he announces to uplift Shalin’s punishment of his banned captaincy. Bigg Boss states that when Archana got a second chance after hitting Shiv it would be unfair to not lift the captaincy ban on Shalin. Bigg Boss then tells Shalin that now he can also become the captain.

Battle For The Thrown: Captaincy

Bigg Boss finally assigns the captaincy task to the housemates as he appoints Sajid as the tour guide who has complete right to choose his tourist for the task. Whoever Sajid chooses as his tourist will have the right to oust a contestant from the captaincy race. Sajid first chooses Nimrit and Shalin who ousts Gautam, Soundarya, and Priyanka out from the captaincy. After this Tina, Sumbul enters the room and ousts Ankit, Abdu, and Archana. Following them comes MC Stan and Abdu who ousts Tina, Shalin, and Sumbul. And finally, Ankit comes along with Shiv who ousts himself along with Nimrit, and Mc Stan from the race to appoint Sajid as the new captain.

After becoming the new captain Sajid then gets special rights to appoint rooms and save his most favorite people from nominations who will also get the privilege to not do any household work. Sajid chooses Abdu and Shiv as his closest teammates he then saves Nimrit, MC Stan, and Sumbul from nominations leaving behind Shalin and Tina who will be unsafe. While Priyanka, Ankit, Gautam, Archana, and Soundarya are among his least favorite contestants.

After seeing Sajid’s preferences Tina confronts Sajid about the same and says that she has not her trust in him. Tina then states that she and Shalin are proving their loyalty but are not getting treated as equals in the group. Tina tells Nimrit that the whole group is using them just for a count. Tina then tells Shalin that Sajid is the biggest flipper in the house.