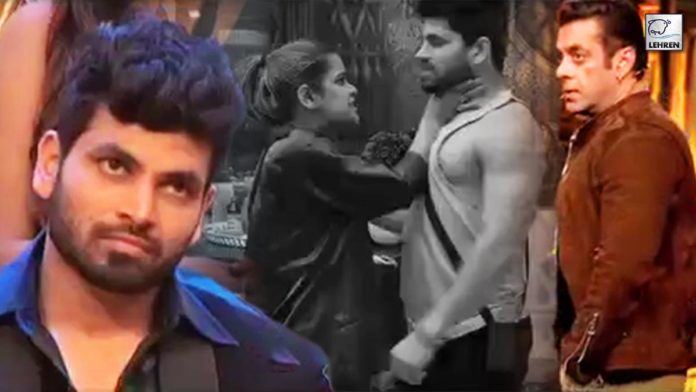 Bigg Boss 16 Nov 11 Update: Archana Gautam was ousted from the Bigg Boss house after she tried to choke Shi during their fight. While during the recent episode Priyanka was now seen having an argument with Shiv and his friend MC Stan after they mocked Ankit Gupta. Here’s all that happened in the latest episode of Bigg Boss 16-

Bigg Boss 16 most gossiped couple Gautam and Soundarya were seen having an argument during the recent episode. Soundarya tests Gautam’s patience and loyalty after she states that she might be interested in a wild card entry. Later Gautam breaks into tears while Shalin comes and pats his back.

Later both Tina and Priyanka were seen having an argument in kitchen after Tina removes tawa from the stove to this Priyanka says that Tina should first ask her as she is already making the rotis. Priyanka then calls out Tina for being bossy in the kitchen.

During the weekend ka vaar, actress Sunny Leone and actor Arjun Bijlani enter the Bigg Boss house to promote their show Splitsvilla. During their fun tasks Gori groves on the Kaala Chashma song with Shalin, while Ankit gives Arjun a lap dance. Later the two assign another task to the housemates to give a broken heart to those people who had hurt them in the past. MC Stan gives broken hearts to Gori and Priyanka.

Later Soundarya and Gori confront MC Stan about what he told Gautam about Nimrit during their conversation. Gori asks MC Stan if she ever said that she was jealous of Nimrit for breaking their bond. MC Stan dodges the question. Later Priyanka also joins the conversation and calls out Stan and Shiv for calling Ankit “chamcha”.Later Sajid states that Priyanka always creates a ruckus by getting in between others’ fights. He then claims that Priyanka is doing all for the cameras.

Later Salman asks Priyanka and Ankit to come inside the activity room so they can personally talk about a few things without housemates listening. Salman then shows footage of viewers’ complaints against Priyanka. Both the viewers state that Priyanka is only using Ankit for her own purposes. Salman then asks Priyanka to play her own game and give Ankit some space. Salman also advice Ankit that he should now play by himself.