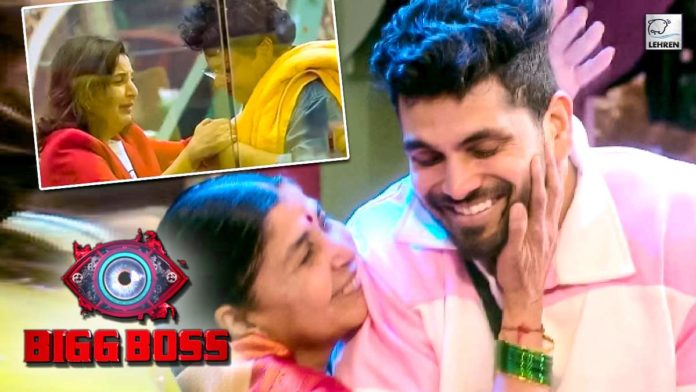 Bigg Boss 16 has entered another week where now family members of the contestants are seen in the house. Some are seen with teary eyes and some are happy to meet the family members.

In today’s episode, Sajid breaks down when her sister Farah comes to meet him. The bigg boss announced they freeze for a minute. Then Farah Khan enters the house and hugs her brother. Both were seen crying and later Farah met everybody. She is seen taunting people calling Priyanka- Deepika Padukone of Bigg Boss, she told Tina that her mother fought with Shalin’s mom. Farah even said that she behaves well with Maheen than with Shalin. Brutally honest on Farah’s part.

In another part of the promo of today’s episode, Shiv’s mother enters the Bigg Boss house. Both mother and son have an emotional moment. Then she meets Nimrit, Priyanka and Abdu, and everybody else. She even says to Archana that you are good in person but speaks too much so control that.

Apart from all of this Archana’s brother, tina’s mom, Stan’s mom, Shalin’s mom, and Nimrit’s father all were there in Weekend ka Vaar and Stan’s mother and Archana’s brother fought. Many things were brought up on the show. Nominations are beginning now and the next captain will also be chosen.