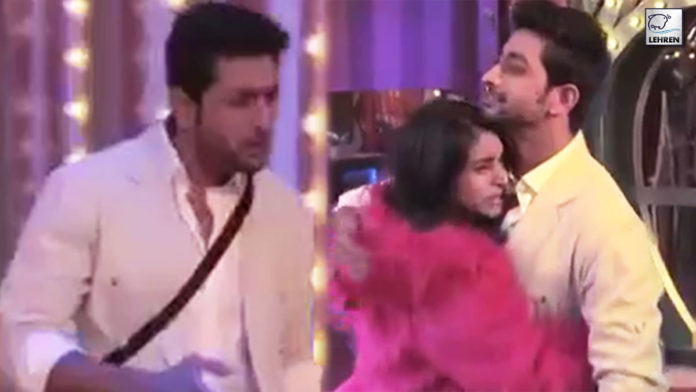 Bigg Boss 16: After Gautam Vig’s eviction, actor Fahmaan Khan aka as Aryan Singh in the famous television show Imlie will now be seen entering the reality television show Bigg Boss 16 as a wild card entry. A recently shared promo is now going viral on the internet. Fans are rejoicing as their favorite couple Sumbul and Fahmaan will again be seen reuniting on screen in the reality show.

On Thursday a promo was shared on the Instagram handle of Colors Tv in which Bigg Boss was seen announcing the first-ever wild card entry in the 16th season of the show. Following the announcement all the contestants rushed to the living room area soon after which the Imlie actor Fahmaan Khan made his dashing entry into the show.

What remained a highlight for many was the reunion of Fahmaan and Sumbul who apparently have worked together in the television show Imlie. Watching Fahmaan enter the show Sumbul runs and tightly hugs Fahmaan and says ‘Mera Fahmaan aya hai’.

On the other hand, reacting to the viral video many netizens claimed that both Shalin and Tina are now getting jealous of Sumbul as Fahmaan is here to support her. A user commented, “Tina ki jealousy clearly dekh rahi”, “I am happy because koi to sumbul ko game ke liye istemaal nhi karega real friendship nibhayega” another user commented, “Now #bb16 hv started the game properly.. sumbul is smiling”.

In yet another promo Sumbul Toqueer was seen having a panic attack after Tina Datta, and Shalin Bhanot yelled at her after listening to Sumbul’s conversation with her father. Shalin lashed out at Sumbul saying that why is she even talking to them if her father doesn’t want her to. After facing Tina and Shalin’s wrath Sumbul gets a panic attack.