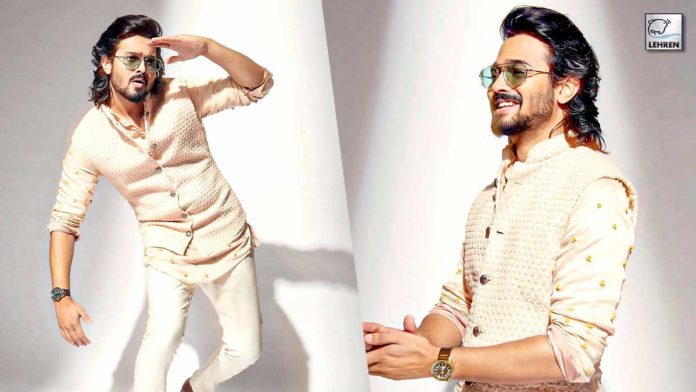 Know interesting facts about Bhuvan Bam including his Net Worth, family, girlfriend, and more.

Bhuvan Avnindra Shankar Bam is an Indian comedian, writer, singer, songwriter, and YouTube personality from Delhi, India. He is known for his comedy channel on YouTube named BB Ki Vines. Bhuvan rose to fame as a YouTube personality with his famous channel BB ki Vines. He has also appeared in the web series TVF Bachelors, Titu Talks, and Dhindora, as well as in the short film Plus Minus.

In 2019, the comedian declared that he had a girlfriend. According to the latest news, Bhuvan Bam is dating Arpita Bhattacharya.

The 28 years old comedian was born on 22 January 1994 in a middle-class family in Baroda, Gujrat, India. His father’s name is Avanindra Bam and his mother’s name is Padma Bam. Bhuvan Bam’s parents died due to COVID-19 infection. Bhuvan shared this sad news on his social media account. His fans were also very broken. Sharing a picture with his parents, he has written a very emotional post. Sharing these pictures, Bhuvan wrote in the caption, “I lost both my lifelines due to Kovid. Nothing will be the same without Ai and Baba. Everything is shattered in a month. Home, dreams, everything.” The comedian also has a younger brother.

The comedian got featured in TVF Bachelors, Titu Talks, One Mic Stand, and Dhindora. On 5 October 2021, Bhuvan released the trailer of Dhindora on his YouTube channel. Within hours of its release, it was number 1 on YouTube’s trending list.