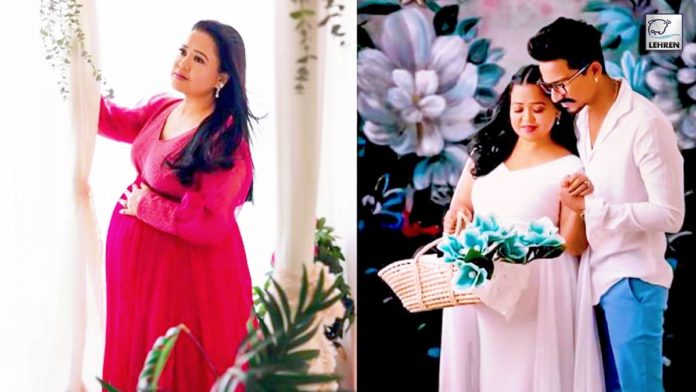 India's laughter queen Bharti Singh along with her husband welcomed their first child, a baby boy recently. Since the comedian-host resumed back at the sets just 12 days after son's delivery, many lauded her for her strength, while others disapproved of her move.

When comedian-host Bharti Singh announced her pregnancy news, after months of being surrounded by the rumours, her fans and well wishers poured all the love on her, more so,the 37-year-old also earned a lot of respect for working day and night even after being heavily pregnant. The comedian, along with her husband Haarsh Limbachiyaa, was seen hosting TV shows, even few days before she went into labor, sure Bharti’s dedication towards her work is commendable and worth appreciating.

And she made even more headlines after giving birth to her bundle of joy, fans and the people of industry lauded her for being able to resume back to work right after 12 days of delivery. Sure, it must have not been easy for Bharti to leave her little one back at home and work for hours, one can only imagine what that must feel like. But kudos to her, for showing utmost professionalism and dedication towards her work.

What many lauded, as a great move, others found fault in Bharti’s decision of getting back at work so soon, right after delivery. While some were actually concerned for her, others just made it a point to troll her and subject her to insensitive comments. Bharti returned on the sets of ‘Hunarbaaz’ and during an interaction with media, revealed how it wasn’t an easy decision for her. “I won’t deny that it was very tough to leave my 12-day-old baby at home. I was extremely emotional and cried a lot when I left for work. But, thanks to technology and science, I could do a lot of things for my baby even while being physically absent. There are cameras installed in the house.” she said.

“So, I could watch him. I pumped milk before leaving, which sufficed for the day. He sleeps all day. I have been on stage since I conceived. So, by default, my child has also been on stage since he was conceived. Naturally, he is used to noise, shor-sharabe mein bhi so jaata hai. Also, Haarsh and I are fortunate to have our families by our side to take care of the baby. In fact, the two grannies are always fighting amongst themselves for a chance to pamper him” she continued.

But some users found her extremely greedy for doing so, the comdeian had to face backlash for the same. Many disapproved of her, saying how her newborn deserves all her attention and that she shoud be at home, instead of working. “Its not hardwork, its greediness” wrote an user.