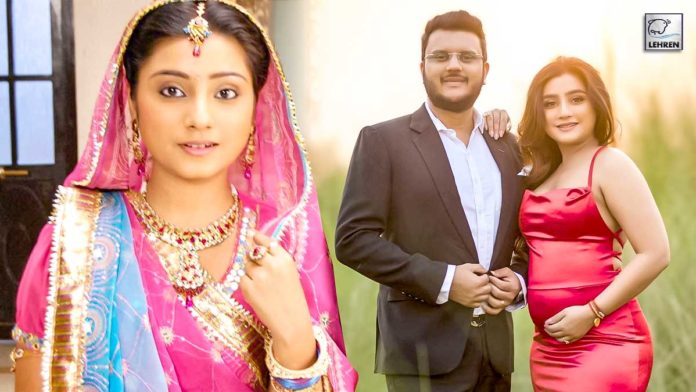 Balika Vadhu fame actress Neha Marda who is popularly known for her role of "Gehna" recently announced her pregnancy on her social media.

Balika Vadhu fame actress Neha Marda who is popularly known for her role of “Gehna” in the television drama will soon embrace parenthood. The actress recently announced her pregnancy on her social media with a stunning photoshoot. The actress will finally become a parent after 10 years of her marriage.

On Thursday, television actress Neha Marda shared her maternity photoshoot picture with her husband. In the shared picture the actress was seen wearing a satin red dress as she flaunted her baby bump. Sharing the picture Neha wrote, “Shri Shivaya Namastubhyam Finally god has arrived in me Baby Coming soon 2023 “.

Apart from the celebs many fans of the actress also congratulated Neha, a user commented, “Congratulations Gehna”, a user asked the actress to make her comeback on screen with the show Bigg Boss 16, “Are yar Neha pehle ek baar Bigboss pe to aajati fir karleti baby. I’m waiting for you since ever yar. Anyway Congratulations yo you both”.

It was earlier reported that Neha was expecting a baby, however, she clearly denied all the rumors. In an interview with the Bombay Times Neha stated that she wanted to start her family but she had to look after her ill mother-in-law so for the time being she will focus on her health. Neha said, “I am 35- years-old and since the time I was 30, I have been wanting to have a baby. But I understand that these things happen whenever they are supposed to happen. This year, however, I would want to fully focus on my mother-in-law’s health, so she gets better,” .

Neha Marda is popularly known for essaying the role of “Gehna” in the popular television drama “Balika Vadhu”. Apart from Balika Vadhu Neha also appeared in shows like Doli Armaano Ki and Kyun Rishton Mein Katti Batti among a few others. In 2012 Neha Marda got married to her now husband Ayushman and almost after 10 years of marriage the two will finally be embracing parenthood.