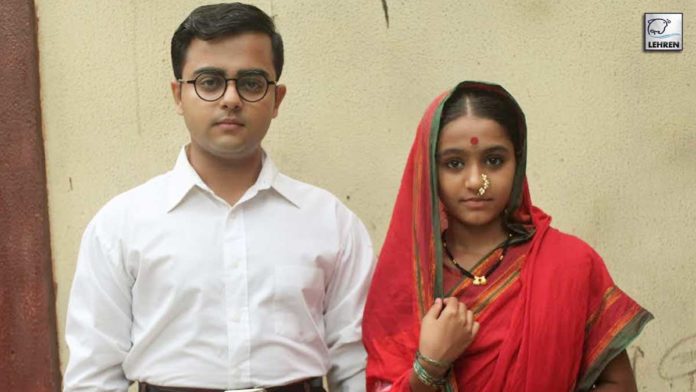 &TV, in its endeavor to present stories that inspire and fervently connect with its audience, launched for the first time in the Hindi GEC the life story of Babasaheb with Ek Mahanayak Dr. B.R. Ambedkar in 2019. The show became a stupendous success, striking an instant chord with the audience for its disruptive and compelling storyline and talented star cast, making its lead actors a household name. Come July 20th, Ek Mahanayak Dr. B.R. Ambedkar will move into a new phase with a whole new star cast. These include Atharva Karve as young Dr. Bhimrao Ambedkar, Narayani Mahesh Varne as Ramabai Bhimrao Ambedkar, Kunwar Vikaram Soni as Anand, Haripriya Lodhia as Anand’s wife, Laxmibai, and Vikram Diwedi as Nattoram.

While young Bhimrao will move into Mumbai city to pursue his college education, his struggles continue, and he faces several challenges. On the one hand, Anand’s(Kunwar Vikaram Soni) wife Laxmibai (Haripriya Lodhia) and Jija Bai (Sneha Mangal) are convincing Ramabai (Narayani Mahesh Varne) that Bheem (Atharva) should give up his studies and focus on getting a job to support the family. On the other hand, his classmates and teachers deny him entry into the science class without a shudhikaran ceremony. Not only this, they hound young Bhimrao, and he has to go through immense troubles and humiliation due to his caste. Bhimrao stands up against this with the help of the college principal but faces criticism from the upper caste students.

Elaborating further on this track, Atharva, essaying the role of young Babasaheb, shares, “As Bhimrao moves to the city to pursue higher education, he continues to face various struggles for his fight against equality in education. Babasaheb always believed education to be the first step towards bringing in a positive change in society. And he used his education to not only change his life but also of others in his community. As the show moves into a new chapter of young Bhimrao’s life, he once again faces humiliation and ostracization. Through his sheer determination and strong will, he continues on the path to education and stands up against every injustice. But now, he is shouldered with more responsibilities of taking care of Ramabai and his community. Nayi sadi, naya shehar, naya vichaar, par bhedabhau asamaanata ka nahi chuta hai saath. Bhimrao karenge asaamanta ke khilaf sangharsh ki shuruaat, kya aap iss nyay ki ladai mein denge Bhimrao ka saath?”

Legendary Actor Jeetendra To Be Seen In ALTBalaji’s Apharan 2!