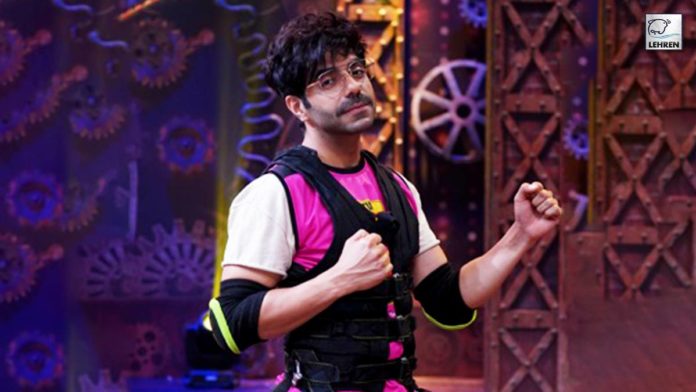 India’s leading OTT streaming platform, Voot launched the country’s first-ever
interactive comedy game show, “The Khatra Khatra Show”, to ensure gales of laughter and non-stop entertainment to viewers. This Bharti Singh, Haarsh Limbachiyaa and Farah Khan-led show has raised the standard of reality TV shows in the country with its one-of-a-kind format. In each episode, the hosts make the audience’s beloved celebrities participate in a variety of unique dares, funny pranks, quirky tasks, and tricky games.

One of the latest star-studded episodes of the show boasted of the multi-talented Aparshakti Khurana as a special guest. Along with taking on a series of ‘KhatraKhatra’ challenges, he also indulged in a hilarious banter with host Bharti Singh about being her neighbor. Pulling Aparshakti’s leg, Bharti jokingly said that she and her husband own a flat in the same building where he lives on rent.

For a laughter-packed dose of entertainment, tune in to “The Khatra Khatra Show”, streaming now on Voot!