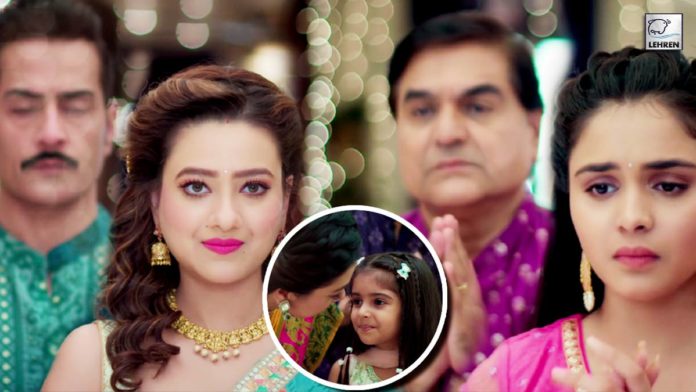 Anupama Written Update 5 July 2022: Anupama’s latest episode begins with Anupama asking Anu if she made rakhi. Anu says Hasmuk told her that Rakhi is tied to the one who protects and so she will tie to them too. She asks Anupama if Shahs will come for Rakhi.

Vanraj asks Shahs to celebrate Rakhi to divert Pakhi’s mind post she will slip into depression. He asks Shahs not to talk about what happened already. Leela side Vanraj. Kapadia and Shah pray to lord Krishna. They get ready to celebrate Rakshabandhan. Shahs pray to God too. Anu along with Anuj and Anupama hail Lord Krishna. Vanraj gives his support to Pakhi.

Dolly cries as she misses Anupama later Vanraj says to Dolly that Anupama belongs to Kapadia. Pakhi regrets separating Anupama from her family. She accuses Vanraj of not stopping her from insulting Anupama. Vanraj sits stunned. Dolly Kavya and Kinjal decide to visit Anupama. Vanraj asks Dolly if she has lost her mind.

Samar visits Kapadia’s house to celebrate rakhi, Anupama, Anu, and others get happy. Samar informs Anupama that after learning about how Pakhi disrespected her he came directly to her house. Anupama and Samar share a talk. Samar regrets Pakhi’s action. Anupama cries. Anupama decides to celebrate the festival without crying. Samar cheers Anupama. Shahs learn from Anu that Samar visited Anupama already. She invites Shahs for Rakhshabandhan. Kinjal and Kavya decide to visit Anupama. Dolly, Hasmuk, and Jignesh decide to accompany Kavya and Kinjal to Anupama’s house. Vanraj stops Pakhi from going.