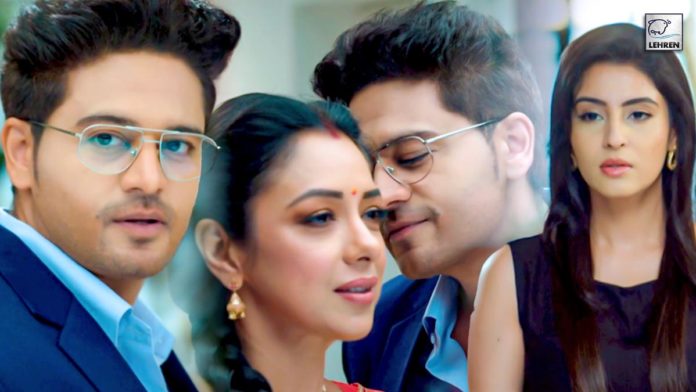 Check out Anupama's written update for the 3rd June 2022 episode.

Anupama Written Update 3 June: The episode begins with Anuj asking Anupama about Anu’s adoption. Kinjal talks with Kavya and tells her that only she can figure out if she is right or wrong. She advises Kavya to rethink her decision. Kinjal tells Kavya to be mature and handle her relationship and end it on a good note.

Anupama tells Anuj that it is very difficult to be a mother. She tells Anuj that she can’t be a mother. Meanwhile, Kavya tells Kinjal that she is confused and can’t decide. Kinjal asks Kavya to wait until she gives birth. Kavya says to Kinjal that she isn’t going anywhere before seeing her baby. Kinjal adds baby will say her grandmother is hot. Kavya asks Kinjal not to call her grandmother. Kinjal laughs and says she said hot too. Leela says Kavya can’t be sought as she is sweet and salty both. She wishes to talk to Anupama. Later, Leela thinks they should not involve Anupama in their house matter as Vanraj was right.

Anupama shares her fear with Anuj she mentions raising a child is a big thing and she doubts she will be able to become a mother again. Anuj feels sorry for stressing Anupama. Anupama says to Anuj that she likes the relationship they share in unfiltered talk. To Anuj’s surprise, Anupama agrees to adopt Anu. Anupama tells Anuj that she wants to become a mother again. She asks Anuj to give her support in raising Anu. Anuj asks Anupama if society will think he doesn’t have a child thus adopting Anu. Anupama says they never bothered about the society and she knows the real reason behind his decision. Anuj says to Anupama that he is equally nervous.

Anuj tells Anu that once Abhay will allow they will take her to the home. Anupama says the day she will come to their house they will celebrate her birthday. Anu says to Anupama and Anuj that she will wait for the day.