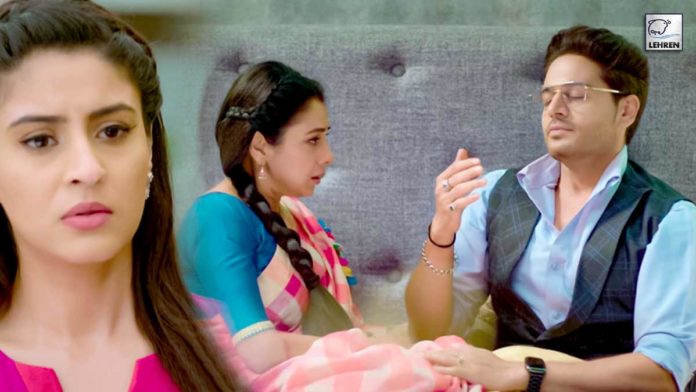 Anupama Written Update 24 June 2022: Anupama’s latest episode begins with Anuj telling to Anupama that if anything similar happened to her, he would have reacted the way Vanraj did. He adds that Vanraj has done so many mistakes thus his reaction is misunderstood. Anupama says Vanraj is insecure but wants to keep everyone together. She further gets angry with Anuj for talking about leaving her. Anuj asks Anupama to sleep with Kinjal and Paritosh.

Meanwhile, Adhik calls Pakhi to take her whereabouts. He invites her for a coffee date. Pakhi gets excited to go on a coffee date with Adhik. Anupama decides to talk with Vanraj and to make him understand that he can’t do drama at her place. Barkha tries to manipulate Anupama. She says fight between a couple is common. Barkha gets stunned learning Anuj and Anupama reconciled already. Anupama corrects Barkha and says she is experienced and will not let anyone put oil in the fire. She also says to Barkha that, she has given GK to check up on the bills. Anupama stuns Barkha by saying the amount of bills and money spent on interior design is not matching with each other.

Kinjal gets happy seeing Anupama and Anuj sleeping on the couch in their room. She says to her baby that he/she is lucky to have Anupama and Anuj. Kinjal pleads with Anupama to drop her at the house as Vanraj might be waiting. She was about to wake up Paritosh. Anuj asks Kinjal to let Paritosh sleep as he might be awake last night. Anupama looks at Anuj. Hasmuk asks Leela about Vanraj. Leela says he went to meet someone to get a job. Vanraj calls Leela and enquires about Kinjal. He hangs up the call learning Kinjal isn’t reached back yet.

Barkha apologizes to Kinjal. She asks not to come again. Everyone stands shocked. Barkha says she meant she should come along with Shah. Anuj tells Kinjal that he has made special sweets for her and Hasmuk. Sara gets impressed with Anuj and Anupama for solving their differences and not dragging them. Vanraj calls Anupama to learn about Kinjal’s whereabouts. Anupama asks Vanraj not to worry as she is going to drop Kinjal soon. Hasmuk sweeps the floor. Leela asks Hasmuk to let her do the work. Rakhi comes and dirty the floor again. Leela gets furious. Hasmuk asks Rakhi to sit aside. He again sweeps the floor. Anupama gets stunned seeing Hasmuk working.