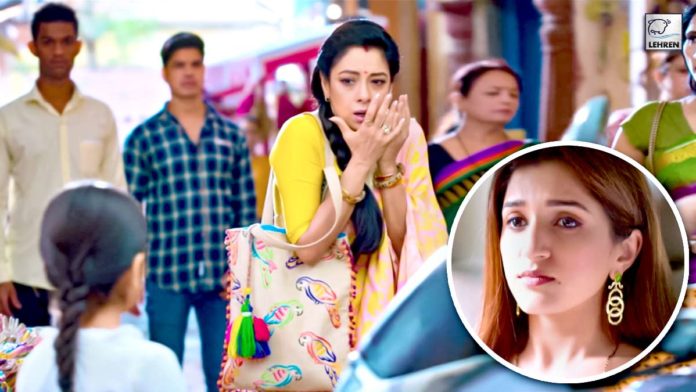 Anupama Written Update 21 July 2022: Anupama’s latest episode begins with Anu telling Anupama that she likes to ride in an auto. Later Anu holds Anupama and tells her that she wants to be with her always and says that she will help her do house chores and stuff. Meanwhile, Kinjal awaits for Anupama to reach the hospital for her check-up.

Anupama stops on her way to buy a water bottle and asks Anu not to leave her hand. However, Anu runs on the road and barely escapes an accident. On the other hand, Kinjal and Samar wait for Anupama in the hospital. Samar advises Kinjal to visit the doctor without Anupama as the diagnosis is important for her.

Pakhi And Adhik Gets Close

Meanwhile, Pakhi and Adhik spend time together, during their conversation Adhik tells Pakhi that her sister Barkha likes her a lot and wants to meet her. He further tells that Barkha has accepted her and she has got a gift for her. He hands over the gift to Pakhi. Pakhi opens her gift and sees a bunch of expensive things in the box however, Pakhi refuses to take the gift.

Vanraj Gets Furious On Anupama

Later Samar and Kinjal reach home after the check-up, Kinjal tells Samar to not reveal that Anupama wasn’t with her during the check-up. Leela takes off an evil eye from Kinjal. Kavya and Leela ask about Anupama. Kinjal and Samar sit mum. Vanraj guesses that Anupama didn’t visit Kinjal. He accuses Anupama of not visiting Kinjal. Later Anupama visits Shah and offers her apology. Leela gets furious at Anupama, to which Anu reveals to Shah about escaping an accident on road. On the other hand, Adhik convinces Pakhi to visit Kapdia’s house.

Anupama visits her mother with Anu on the other hand, Barkha gifts new stuff to Pakhi and asks her to stay back with her. However, Anupama catches them off guard and Pakhi stands stunned.