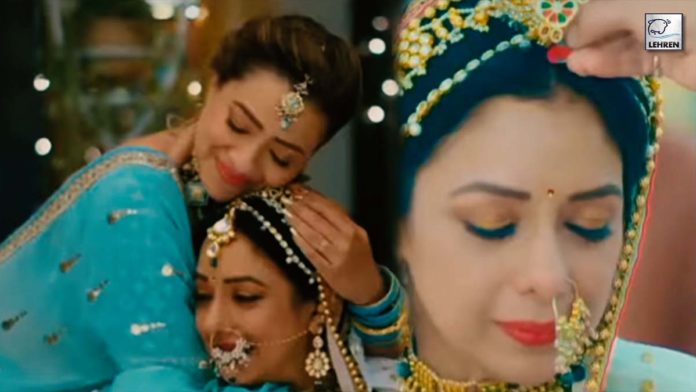 Check out Anupama's written update for the 20 May 2022 episode.

Anupama Written Update 20 May: The episode begins with Anupama saying that above everything, respect matters. Anuj says without respect even love doesn’t matter. Anupama and Anuj decide they aren’t going to take long vows just ‘respect’ for each other will be a priority. They both promise to always give respect to each other. Hasmuk says they never witnessed such a wedding. He adds there is no lacking in Anupama and Anuj’s wedding. Vanraj makes his entry. Vanraj says to Anupama that he is not sorry for whatever happened between them but today he will not fight. He says Kavya was right.

Anuj And Anupama Tie The Knot

Ahead, Anuj and Anupama tie knots with each other. Leela and Hasmuk does Anupama’s kanyadaan. Paritosh, Pakhi, and Samar perform a ritual of ‘mummydaan’. Vanraj gets emotional. Anuj and Anupama take the wedding rounds. Anupama’s vermillion is about to fall by Samar, Vanraj catches the vermillion at the nick of the time. He asks others not to worry as everything will be perfect. Anupama nods yes. Anuj fills Anupama’s hairline. Anupama and Anuj nuptial gets complete. MaAn takes the blessing of Shah and GK. Leela feels upset that post-Anupama will leave whom she will fight with. She regrets scolding Anupama in the past.