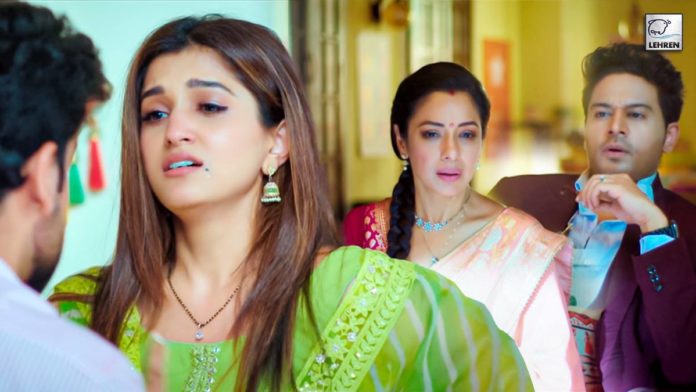 Check out Anupama's written update for the 1st June 2022 episode.

Anupama Written Update 1 June: The episode begins with Anu asking Anupama and Anuj to pray for her. She asks them to pressurize God to send her parents to her. Anuj and Anupama assure Anu. Anu asks Anuj and Anupama how it feels when one gets parents. She asks if one gets emotional. Anupama asks Anu how many see questions. Anu says Abhay has always made her learn that one should question as they help in communication.

Samar And Paritosh Spends Time Together

Samar ends his dancing class. Paritosh asks Samar to teach him to dance too. Samar and Paritosh dance together. Paritosh gets teary and says to Samar that he is proud of him. Samar asks Paritosh if he is teary. Paritosh makes an excuse. He adds we all called him a loser but actually he is a winner. Samar stands teary. Paritosh and Samar share a talk with each other.

Anu wishes to visit the beach. Anupama and Anuj promise Anu to take her to the beach. Paritosh asks Samar if he can use his laptop to find the job. Samar allows. Paritosh says they have to run the house. Samar says they have to look after the house and Vanraj too. Paritosh gaze at Samar. Samar says he meant the whole family. Vanraj overhears Samar’s talk. Paritosh says to Vanraj that Samar is returning to him too. Vanraj stands proud.

Kinjal talks with her unborn baby. She says she can’t wait to see the face. Paritosh gets happy hearing Kinjal. Kinjal loses her balance. Paritosh stands shocked. Abhay says to Anuj and Anupama that one should adopt a child. Anuj says adoption should be normalized as every child has a right to get a family. Anupama supports Anuj. Kinjal gets saved. She worries for her baby. Paritosh calms Kinjal. Anuj donates at the orphanage. Anupama and Anuj take Abhay’s permission to take Anu to the beach. Abhay allows Anuj and Anupama to take along. Anuj and Anupama get happy. Anupama thanks Anuj for sharing his past with her.

Barkha takes Anupama to the supermarket. She tries to berate Anupama. Anupama gives a befitting to Barkha when she asks her to start living a classy life.