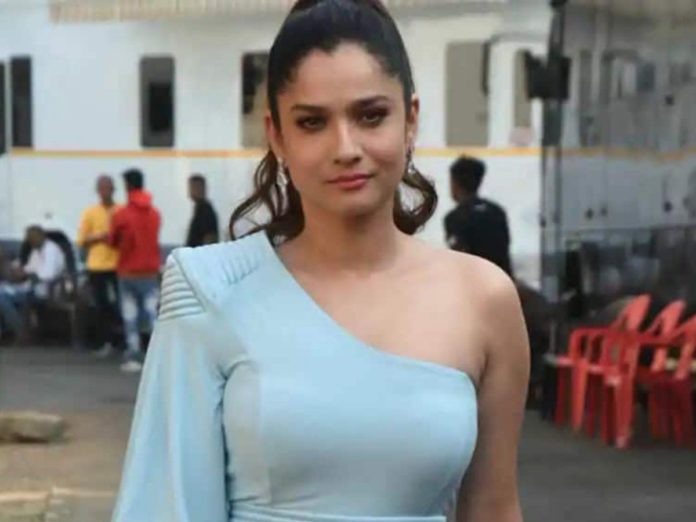 Actress Ankita Lokhande and Vicky Jain are all set to get hitched this month, reportedly on the 14th of December. The actress is all caught up lately in their pre-wedding rituals, last week when her friend threw a grand bachelorette party, and now the duo.

In the picture that Ankita shares, she could be seen wearing a simple green saree with a golden and pink border, Mundavalya (an ornament tied horizontally across the forehead with two vertical strings down from both sides, and traditional jewelry) adorned her beautiful face. Soon-to-be husband Vicky was seen sporting a simple off-white kurta.

Vicky too was seen sharing a post on his Instagram handle “ I love us” he captioned further adding “ Picture Abhi baaki hai mere dost” along with sharing a picture where the couple can be seen twirling.

Fans also congratulated the couple. A fan said, “You look beautiful together.” Another person wrote, “Made for each other.” “Wowww….so finally Vicky .. congratulations,” said another.

Earlier this year, Ankita and Vicky celebrated their third anniversary. Sharing a picture on Instagram, she wrote, “Dear Vikki, You were there for me when times were tough. You were always the first person to ask me how I was doing, if I needed help in anything, or if I wanted to get away so that I could clear my head .you were always so worried about me, and I always told you that I was fine because I was knowing that I had you with me. I want to thank you for being the best boyfriend in the world. I don’t need to tell you what I need, but you always know what it is somehow.”

The couple is going to tie the knot on the 14th of the month and it is going to be a 3-day affair starting from December 12.