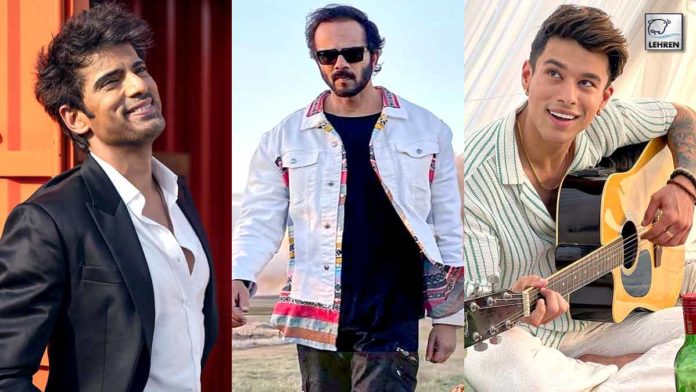 The colors reality television action-packed show is all set to make its way with top television celebrities participating in daring stunts along with host Rohit Shetty in Cape Town. The former Bigg Boss winner Rubina Dilaik is also gearing up for the stunt and daring reality show. This will be Rubina’s adventurous journey. She will face all her fears and insecurities in this action-thrilling reality show.

While apart from Rubina, Bigg Boss 15 ex-contestant Pratik Sehajpal will also be seen in the show. Recently the actor said, “I’ve always been a competitive person and believed in challenging myself on a daily basis. When my adrenaline gets pumping, I take the leap of faith and guess what? That is when I really fly! The key is to simply close your eyes and put faith in whatever you do. “

Meanwhile, Doli Armaano Ki’ actor Mohit Malik also confirmed the news about his participation in the show. Talking about his entry the actor said, “I have worked across various mediums and people have seen me as a serious actor. Now I want everyone to see the adventurous side of my personality and who I am outside of being an actor. With ‘Khatron Ke Khiladi’, I am really looking forward to unlocking my true potential and overcoming my fears amid real action”. About the host, Rohit Shetty, he comments: “Under Rohit sir’s guidance, we will surely push harder to become the best version of ourselves and have a wonderful time along the way!”

Apart from these three, other celebs who are said to be joining the show are Sriti Jha, Shivangi Joshi, Tushar Kalia, Erica Packard, Chetna Pande, Rajiv Adatia, and Munawar Faruqui.

‘Khatron Ke Khiladi Season 12’ will air soon on Colors. The show hosted by Rohit Shetty is based on the format of the American show ‘Fear Factor’. The makers are keen to make the upcoming season grand and take the reality TV show to another level. This season will see host Rohit Shetty and contestants heading to Cape Town.