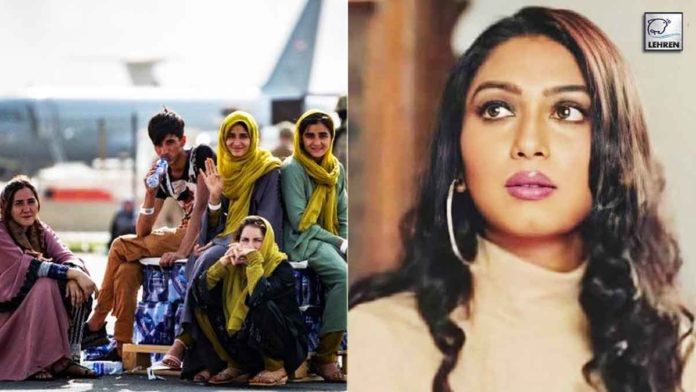 IMMJ 2 actor Riya Bhattacharje expresses her concern over the ongoing crisis in Afghanistan.

Actor Riya Bhattacharje, who is best known for Ishq Mein Marjawan 2, says, Afghanistan does not deserve this brutality.

She is very sad to express her feelings after watching the plight of people stuck in Afghanistan. “We are glued to the television for updates”, says Riya Bhattacharje.

“I feel life is so meaningless after watching such disappointing and disastrous situations happening somewhere around the world where we live in, is it safe anywhere anymore? After watching how the president of Afghanistan abandoned his own people it becomes clear that the only lives that matter is of the people in power and common people can do nothing about it”, she sighs.

Riya who started her career at a very young age, says, “The women of Afghanistan are helpless today, we all saw on social media how the photos or ads on billboards or shops which had a female model being covered or torn, if they can’t even leave pictures of women what do you think must be happening with actual women?”

“The government there is already being controlled by the Talibans, will Afghanistan survive this or is this the complete end of a beautiful country?”, she questions.

“I am praying for Afghanistan, with the nation and you are in our hearts, Afghanistan, we will not lose our faith”, she says with a hopeful voice.

Lastly, she adds, “Miracles do happen. I strongly believe this so yes we will keep praying for Afghanistan, for the safety of women and all the lives stuck there, humanity will rise again.”

Riya will soon be seen playing a mysterious character in the upcoming show ‘Nath’ on Dangal TV.