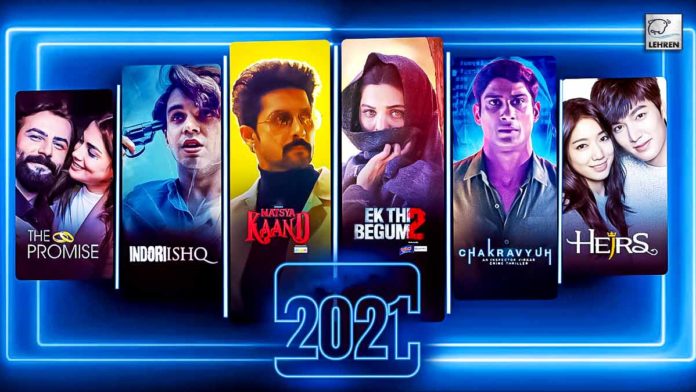 Watch the best shows of your favorite actors like Ravi Dubey, Prateik Babar, Anuja Sathe, and others only on MX Playback 2021.

Almost two years into the pandemic, 2021 has been a hard-hitting year across the world but despite the challenges, we’ve witnessed some of the most compelling stories of our times, spearheaded by great talent who’ve provided us the best viewing experience while we remained safe in our homes. Superlative performances and engaging scripts gave rise to enthralling content which kept the audiences glued to the screen in the form of shows like “Matsya Kaand”, “Ek Thi Begum 2”, “Chakravyuh – An Inspector Virkar Crime Thriller”, “Hello Mini” 2 and 3 along with “Indori Ishq” among others. MX Player has thus curated a playlist of such nuanced shows for its audience to watch before the year ends under the name of MX Playback 2021.

This festive season, get in your comfortable pajamas, sit in your favorite spot on the couch and watch the best series for FREE, on MX Player. From Korean dramas like the acclaimed “Heirs” to the much-loved Turkish romance – “The Promise”, MX Playback has it all including TV shows like “P.O.W Bandi Yudh Ke” and dailies like “Lovepantii” and “Pavitraa Bharose Ka Safar” that make for great family viewing.

This year has witnessed some nuanced roles and artists who have outperformed themselves in a few series. Be it the tough as nails ACP Tejraj essayed by Ravi Kishan, the genius conman played by Ravi Dubey, the cold and calculative Begum portrayed by Anuja Sathe, or the eccentric Inspector Virkar that Prateik Babbar beautifully brought alive – the audiences have been treated to some nail-biting performances by these brilliant groups of actors.

MX Playback is also democratizing international content dubbed in local languages along with TV favorites and this multi-genre lineup is specially curated for viewers who have different tastes and will find every form of entertainment under one roof.