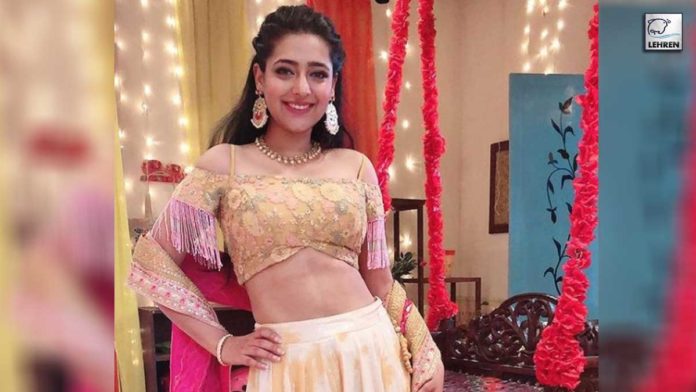 Actress Shiny Dixit, who has made her acting debut with the serial Jodha Akbar, has also appeared in television shows like Zindagi Ki Mehak, Pyaar Ko Ho Jaane Do and Tera Kya Hoga Alia. She made her debut in movies with Hate Story 3.

With powerful roles in her shows, actress Shiny Dixit has made the audience sit up and take notice. She has cultivated a huge fan base of her own with her roles in the show within a very short span of time. She has definitely, in the truest form, caused a stir among her fans with her cute and charming looks for a while now. She treats her fans with trendy photos, boomerangs and videos, on her social media account, every now and then. The love and affection received by her on her social media handles, be it for her acting skills or her adorable looks, knows no bounds. She is a living example of an actor who can both act well as well as entertain and engage her audience through her charismatic posts on her social media handles.

1/3 Shiny Dixit has proved her mettle as an actress within a short period of time. She is not only known for her acting skills but also for her cuteness quotient. In this photo, she is seen smiling wholeheartedly. The camera has successfully captured her natural adorable essence in the photo.

2/3 The next photo looks like a perfect candid shot. She looks like she’s grooving to a peppy song number. It is no wonder that she is the epitome of cuteness.

3/3 The next photo looks like she’s enjoying a vacation with casual outfits on. Her adorable expressions and looks add an extra layer of glamour to her posts.

Check Out: 5 Stellar Performances Of Vikas Kumar Which You Should Watch!