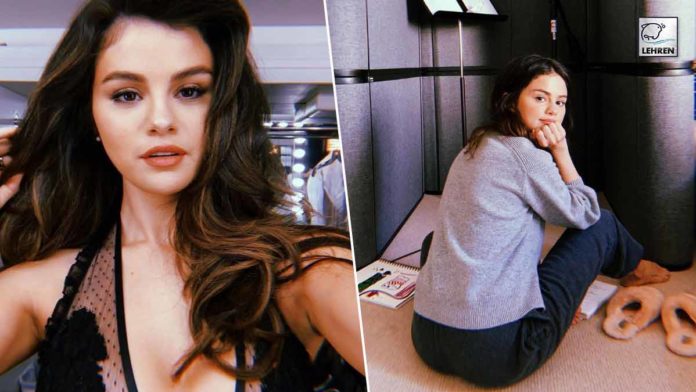 Singer Selena Gomez speaks on love and her experience with relationships. She also spoke about her latest song ‘Ice Cream’. Read below to know more.

American singer, Selena Gomez is among the most looked up to musicians across the globe. Gomez has climbed her way up the ladder in her singing career. In her recent interaction with Koimoi, Selena Gomez spoke on love and relationships.

Apart from spilling the beans on love and relationships, Selena also spoke about her latest song Ice Cream. and collaboration with Black Pink.

The 28-year old has always been vocal about her struggle with mental health issues. Selena has been diagnosed with lupus and bipolar disorder.

Recently, the Boyfriend singer announced that her cosmetic line, Rare Beauty, will raise $100 million for mental health awareness among the general public.

The singer-actress herself has been battling with depression for a long time.

Selena’s relationships have some way or the other adversely impacted her mental health. It does include the controversial breakup with Justin Bieber. During the conversation, Selena was asked about how the definition of love and if it has changed for her over the years.

The Ice Cream singer said, “I’ve dealt with my share of relationships and ups and downs which has changed my perception on self-love.

Selena further added, “Till you don’t love yourself, you’ll either bring others down or feel unloved and accept all criticism coming your way.”

The former Disney Channel star had been in an on-off relationship with the singer, Justin Bieber. They were seeing each other from 2010-2018. In between for a brief period, Selena dated The Weeknd in 2017.

As of now, Selena Gomez is pretty much a singer and is focusing on her career.

The singer recently collaborated with BlackPink for a song titled Ice Cream. The song is currently ruling the playlists of many people.

Speaking about her collaborative experience with BlackPink, Selena said it was an amazing experience.