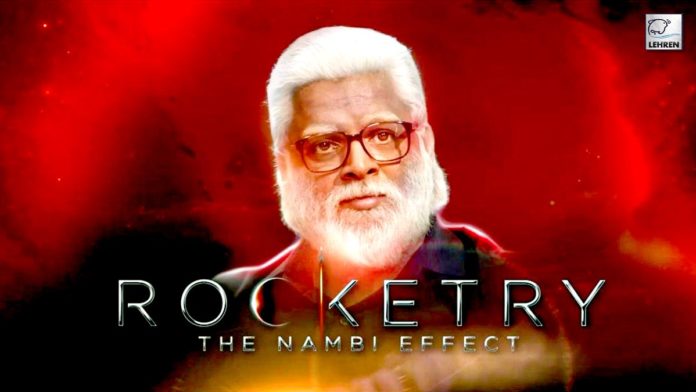 Rocketry: The Nambi Effect has earned immense love and praise from the audience. Actor R Madhavan who has directed, produced, and written a film was grateful to people for watching the story of a scientist. After making a gross avenue of 150 million the Rocketry is set for OTT release.

The movie is a biographical drama film based on the life of a former ISRO scientist and aerospace engineer Nambi Narayan. It unravels the truth behind the spy scandal that accused Nambi in the ISRO espionage case bringing a storm in his life.

The must-watch film gets an OTT release after Amazon Prime Video announced to stream Rocketry on the platform. Three weeks after its theatrical release R Madhavan’s directorial debut will be streamed online from 26th July 2022. Those who missed watching the film on the big screen will get a chance to watch it any time on their personal screen at their comfort on Amazon Prime Video.

The film received positive feedback from critics and it has managed a decent run at the box office. Actor Maddy celebrated the success of the film at the house of Nambi Narayan, on whom the movie is filmed. It was an intimate gathering where they cut the cake at as a part of the celebration. The actor-director, Nambi Narayan, his wife and closed one’s were present to cherish the success.

It was a mission accomplished for Madhavan, who spent 7 years making this film. Sharing a picture on social media, Maddy wrote: “When the Success translates to Happiness and the whole family celebrates together. The true meaning of this photo will only be realized by those who know Nambi sirs family and what they went thru. For me – Mission accomplished with gods grace.”

On wednesday the makers announced that Rocketry: The Nambi Effect will be made available online. One of the streaming giants, Amazon Prime Video bought the online rights to stream the movie on the OTT platform. The film will be out on Amazon Prime Video on July 26.

R Madhavan who directed, wrote, and produced the film also played the lead role of Nambi Narayan – former scientist and aerospace engineer of the Indian Space Research Organisation. The movie is a work of an ensemble cast like Simran, Rajit Kapur, Phyllis Logan, Vincent Riotta, and more. The film was released worldwide on 1st July in six languages namely Hindi, English, Tamil, Telugu, Malayalam, and Kannada.