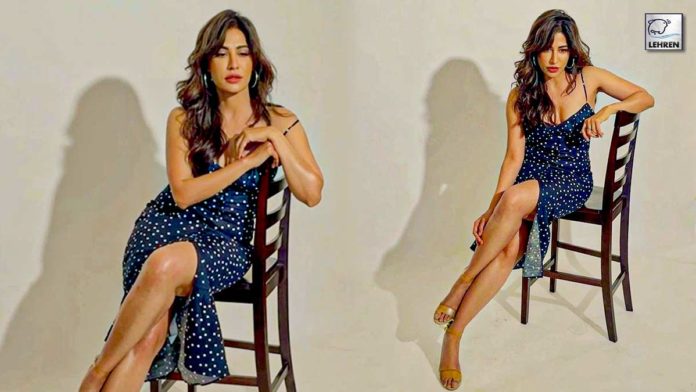 OTT or say digital platform is on a boom. In the last two years, the entertainment industry has taken a plunge with the web world. While every actor is trying to sail on the ship of digital space, Chitrangda Singh wants to get off. The actress-model who has worked in many movies finds it daunting to shoot for web series. However, she has somewhere stepped into this web world with Modern Love Mumbai.

The actress enjoyed the love for the episode she featured in the Amazon Prime Video Series Modern Love Mumbai. She was roped alongside Arshad Warsi for the romantic drama show. The actress has worked in films Bob Biswas, Baazaar, and Saheb Biwi Aur Gangster 3 to name a few. She has recently shared her views on the OTT platform.

Chitrangda Singh said: “It is too daunting to even think of acting in a web series. To be able to keep your part or character interesting for that long and to hold the attention of the audience for that long is quite challenging. For that to be possible, the writing of the show has to be kamaal! Which is why, as an actor, I am quite wary of doing a series, but I think I probably should be doing something by the end of the year.”

Although she is happy that OTT has opened up a plethora of opportunities for storytellers and actors. But she adds that challenging work is to maintain or produce the quality of work.

Sharing her opinion she said: “Today, while on the one hand there is competition between actors, on the other, there are ample opportunities for them. I think there has been an equal proportion of expansion. With the constant content consumption by the audience, there is much demand for talent. Aise nahi hai ki kaam kum hai aur actors zyada ho gaye hai. There is enough space for everybody. But yes, between all the work that is coming in, how much of it is high on quality? One has to fight to get that quality of work. Kaam toh har din kar sakte hain, but then you have to compete a lot harder to fetch that quality of work.”