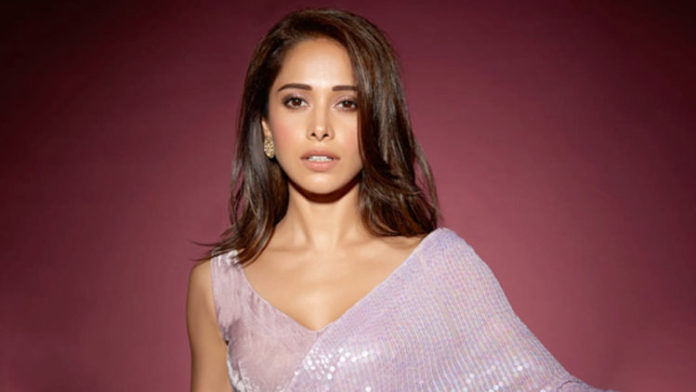 Chhori is the Hindi remake of the hit-Marathi horror film, Lapachhapi (translated as ‘Hide and Seek’) and stars the talented and youth-favorite star Nushrat Bharucha, who recently starred in India’s Pyaar Ka Punchama series.

After making waves with the announcement of a multi-platform content alliance between India’s Abundantia Entertainment and Crypt TV of the USA, the companies have announced their first production together will be the feature film, Chhori.

Chhori is the Hindi remake of the hit-Marathi horror film, Lapachhapi (translated as ‘Hide and Seek’) and stars the talented and youth-favorite star Nushrat Bharucha, who recently starred in India’s Pyaar Ka Punchama series, Sonu Ke Titu Ki Sweety and Dream Girl. Vishal Furia, who directed the original, will once again write and direct the film.

Abundantia’s Vikram Malhotra and Crypt TV’s Jack Davis will produce on behalf of their respective companies.

Crypt TV represents a new type of media company, creating a new generation of iconic monster IP for young people by launching new characters on YouTube, Facebook & Instagram. In 2019, they announced a 5-series slate deal with Facebook Watch, that got underway with THE BIRCH which took in more than 32-million views during its 14-episode run.

A thrilled Nushrat Bharucha says, “I am extremely excited to be a part of Chhori. This genre excites me and the fact that the story is anchored in practices of our society, makes it relatable and impactful. I have wanted to work with Vishal Furia and I am so glad we are finally getting to collaborate on Chhori, which is so close to his heart. Abundantia Entertainment and Vikram Malhotra have always backed high-quality, progressive stories and are known to make films with strong female voices and as an actor, I couldn’t ask for more. Our collaboration with an international creator like Crypt TV and its CEO Jack Davis, whose expertise in this genre is unparalleled, makes this even more thrilling. I have enjoyed some of their content thoroughly and in my very first meeting with Jack we connected instantly on how we envisaged this genre and film. I am looking forward to beginning my experience with each one of them.”

Producer Vikram Malhotra outlines his vision for Chhori, “Abundantia Entertainment has always believed in supporting progressive and insightful stories. I am delighted that we are extending our content philosophy further with the Hindi remake of Lapachhapi in partnership with Crypt TV and Jack Davis. I am confident that our collaboration on this film will allow us to create some irresistibly scary content under our latest vertical ‘Psych’. I am also delighted to collaborate with the immensely talented Nushrat. I have seen her grow as an artist and her dedication to her craft is amazing. Nushrat’s appeal with the youth will help drive the film with the fans of the genre. I am especially delighted to work with a brilliant, young filmmaker like Vishal, who has woven an evocative narrative that cuts across themes and has a universal appeal.”

Jack Davis adds, Co-Founder and CEO, Crypt TV, adds, “I am ecstatic to partner with Abundantia and Vikram on this film. When I first saw it in Mumbai with Vikram, I was blown away and instantly knew it could lead the way in elevating the horror genre in India. Abundantia and Crypt share a passion for using genre as a way to tell culture-changing stories and I found the perfect mix of that and meaningful social issues in Lapachhapi. Working with an exceptional filmmaker like Vishal Furia is a privilege and key to telling such an important story in the horror genre. And to have Nushrat Bharucha playing the lead in the film is a true thrill. She is a world-class actor who has such a strong connection with the youth in India and she will be essential to elevating this story and creating a social conversation around the film in India and the world.”

Director Vishal Furia says, “When I first heard that Vikram Malhotra and Abundantia Entertainment were considering a remake of my film, I was thrilled – simply because I believe there is a lot more I want to say with this story. Getting a chance to revisit the film has been an amazing experience. I want to take the remake a few steps further and make a much more impactful, scary and thrilling film – more so because I am grateful for all the love I still receive for Lapachhapi. Partnering with Vikram and his team along with Jack Davis has been a wonderful process and I am confident that all of us can take this film to even bigger heights. Nushrat is a very strong and promising actor who I believe is well equipped to essay a strong role all by herself. I have wanted to collaborate with her for a while now and I am glad that we finally have a film together.”