Kangana Ranaut Compares Herself To Sridevi In...

Abhinav Spills Beans On Why Him And...

Are Priyank And Benafsha Back Together Again... 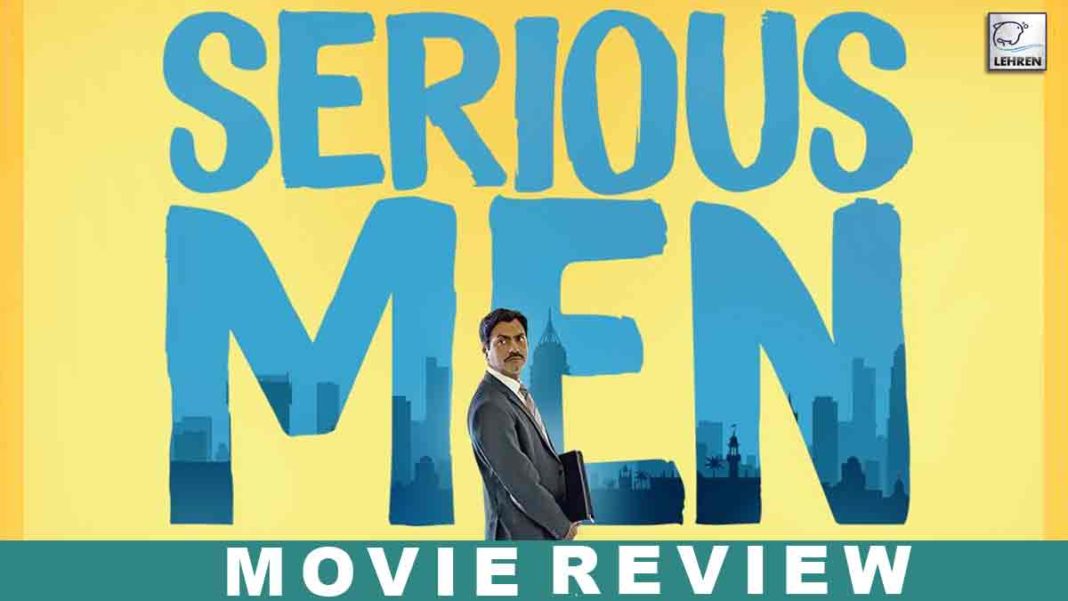 This throwback video features the recoding of song 'Ishq Da Challa' from album Surya that came out in 2003. Alka Yagnik, Udit Narayan and...
00:09:22

Bombay is a 1995 romantic drama film released in Tamil, Telugu, Malayalam and Hindi language. It was written and directed by Mani Ratnam and...

Here comes a rare film which you cannot watch, assess and dismiss.  The curse of the aspirational 1st generation literate is simple enough to empathise with. But the complexities of the world around him, and a life he seeks to better through canny deceit, are stratified.

Ayyan Mani (nuanced most efficiently by Nawazuddin Siddiqui) has seen the social scorn borne by his manual labour ancestors and can question, at least in his mind, the position of the advantaged, even as he looks for a way to place his son Adi (an impressive turn by Aakshath Das) in an exalted societal rung.

On one level it’s the story of the motivated Scheduled Caste. Or shudra as the forbidden word labels it and Ayyan articulates it.

On another, it’s a father transferring the burden of his aspirations on his little son, unmindful of the load on the tender shoulders. Or the toll it’ll take on the mind of the schoolboy.

The parental shift of burden exists up there too with the politically powerful when a well-connected builder attempts to steer Anuja (Shweta Prasad Basu), his daughter’s political career. Until she pertly puts him in his place with, “The party is giving me a ticket, not you.”

On a third level, men beat up wives in the chawl; politician Anuja too has been abused in her marriage. On the other hand, Ayyan’s wife Oja (Indira Tiwari) is not a partner in her husband’s devious scheme for betterment but is an equal partner in the relationship, watch her cycling in her saree.

But being Sudhir Mishra, it’s all stark in its subtlety, more referenced in conversation than witnessed visually.

That’s his triumph for the visceral angst of Ayyan can be actually felt even as Sudhir effortlessly packs it all. The media, hungry for new gods to prop up, the sheer business behind a Dalit mascot, even the politics of religious conversion by nuns, run parallel to the story of Ayyan and Adi.

At least Ayyan has a reason for what he does – however wrong it may be. But ultimately, he’s not morally or ethically any lower than the upper caste Dr Acharya, his fraudulent boss, played with poise by veteran Nasser.

Based on journalist Manu Joseph’s book, it is cohesive story-telling on several fronts, social messaging without pulpit preaching that Sudhir succeeds in, aided by some fine writing by his team.

On Zee 5, another OTT platform, Pareeksha had filmmaker Prakash Jha showcasing aspirational rickshawala Buchchi Paswan (a feat pulled off well by Adil Hussain) who also takes a questionable route to get his child educated in the same school to which he ferries the rich kids of the city. The educational system and social imbalances were told well in that film by Jha.

Coming from the same mould of thought, Sudhir Mishra’s Serious Men makes a fistful of statements without over-verbalising any of it. But the dialogues, especially when mouthed by Nawaz, have humour – like the 2G and 4G lines – as well as heart-searing brittleness.

A technically polished product, Sudhir and crew may please help themselves to a 4* rating.

Hope you enjoyed reading this review on Serious Men, let us know what you think in the comments section below.

Rrahul Sudhir, in a recent interview, revealed that he was considering leaving showbiz when Ishq Mein Marjawan 2 was offered to him.
Bollywood
00:01:13

Kangana Ranaut’s film ‘Tanu Weds Manu’ has completed 10 years of its release. It was a breakthrough film for the actress that gave her...
Television

The real life couple also shipped as #Rubinav on social media, Rubina Dilaik and Abhinav Shukla were in limelight when she confessed in the...
- Advertisement -