Review | Mukhbir: The Story Of A Spy – Thriller With Charm & Humour 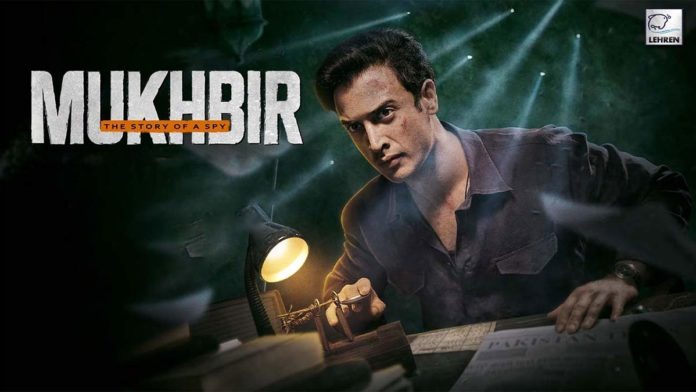 Mukhbir: The Story of a Spy is directed by Shivam Nair and Jayprad Desai under the banner of Victor Tango Entertainment. It features Prakash Raj, Zain Khan Durrani, Adil Hussain and Harsh Chhaya. The series is now streaming on ZEE5.

A Pakistani Brigadier sniffs, “I read your newspaper in the toilet.”

The Editor-in-Chief of the Lahore paper retorts, “Perhaps you make your military plans too in the toilet. Because they stink.”

Cheers to some spunky writing that matches the spunk of Indian spy Harfan Bukhari (Zain Khan Durrani) planted in Lahore.

Imagine Meghna Gulzar’s Raazi with a male conman turned Indian spy, give him an easy charm that he uses to get into places and out of situations, sprinkle some fun in the dialogues and the book, Mission To Pakistan by Maloy Kishna Dhar, turns into a watchable 8-episode thriller.

Created by Shivam Nair and Jayprad Desai and written by Aseem Arrora, Saurabh Swammy, Vaibhav Modi, Karan Oberoi and Arshad Syed, it starts off with the earth trembling. Patton tanks are on the move in Pakistan, committed ISI officer Col Zaidi (Dilip Shankar) has smartly ferreted out Indian assets in the Lahore marketplace and the Prime Minister of India states anxiously, “After 1962, we can’t afford another war.”

SKS Moorthy (Prakash Raj) assures the PM that he has a plan to win the war without a fight.

On the other side, General Aga Khan (Harsh Chhaya), puffed up with his own importance, swears that he’ll wring India’s neck and wrest Kashmir in such a way that there’ll be action without awaaz, giving neither the international community nor Hindustan time to react.

A theme as heavy as the insidious ambitions of ISI and the Pak army with an Indian spy who’s in close dalliance with danger gets respite from the amusing characterisations on both sides of the border.

ISI officer Col Zaidi is sharp as he spots a military knot in a casual death and sets off on the trail of a spy from India.

Jamila (Zoya Afroz), daughter of the editor-in-chief, spiritedly takes on the men.

“Germany of the 40s?” she asks Col Zaidi when the ISI walks into her house.

At the swank Lahore Club of the 60s, the men swill whisky and discuss war plans, the women smoke on the sly and play cards. Nary a burqa or hijab in sight.

Harfan Bukhari weaves in and out of all their lives, romancing and charming them, using his wits and his derring-do to prise info on Pakistan’s plans against India. Careless with his feelings, he shrugs off the fate of other Indian agents as none of his business and if he has to romance a woman or two to get what he’s after, his conscience doesn’t come in the way.

Moorthy may be a man on a mission leading the Indian intelligence but there’s light banter always with seniors Joydeep Burman (Sunil Shanbag) and Ramkishore Negi (Adil Hussain), even in the flashback to how conman Kamran alias “tyre chor” is inducted as a spy and turned into Harfan Bukhari.

Alongside Harfan’s flirting and outwitting the suspicious in Lahore, the spy code with his handler in India revolves around Dev Anand and Hindi movies, with conversation like, “Ye picture chalana bahut zaroori hai” veiling the real message of urgency.

There’s a traitor too on the Indian side and Harfan has to stay one step ahead of all those on the hunt for the Hindustani Mukhbir.

In Pakistan, the General remarks that killing dogs after a hunt is the norm. “I’m committed to delivering Kashmir to you no matter how many dogs I have to kill,” says he with the nonchalance of the ruthless.

In India, Moorthy tells his seniors that an agent may have been picked up from the streets but he’s not disposable.

Watchable is the playing with fire tension, the 1960 retro feel of Lahore, the ghazals in the background, Harfan putting a pinch of his heart into the Begum’s coffee to woo and win her, and the fact that with all their flaws, the Pak officers aren’t exactly blundering fools. It adds to the ‘they’re closing in’ feeling.

It’s a bit childishly convenient when Harfan is too casual with the transmitter in his Lahore house and there’s helter-skelter running when the General drives up to meet Begum Anar unannounced.

But it is a thriller with a sense of humour and even when the Indian side triumphs, there’s a cliffhanger around Harfan who has some serious growing up to do.

Out of a very capable cast of actors, Harsh Chaaya stands out.

Watch the trailer of Mukhbir: