Spider-Man: No Way Home Review: Hits It All The Way Home 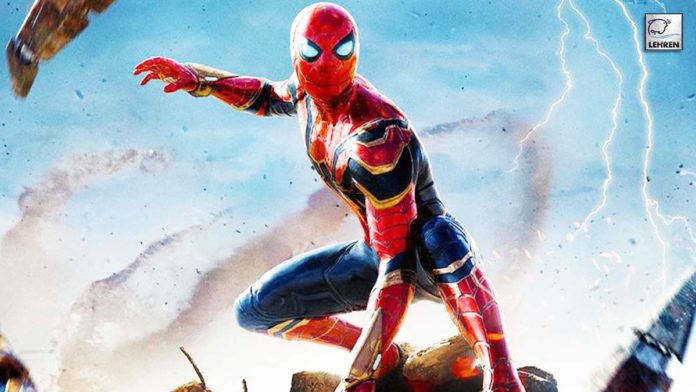 Spider-Man: No Way Home is an American superhero film co-produced by Columbia Pictures and Marvel Studios. The film is directed by Jon Watts, written by Chris McKenna and Erik Sommers, and stars Tom Holland as Peter Parker / Spider-Man.

We know that Peter Parkar (Tom Holland) has already been ‘outed’ as Spider-Man and that The Daily Bugle is still baying for his blood on TV, holding him culprit for all killings and chaos.

Now there are pro and anti-Spidey groups all over New York and life ain’t exactly easy for Peter or girlfriend MJ (Zandaya), or loyal friend Ned Leeds (Jacob Batalon). The three can’t even get admission into a university because Spidey ain’t the superhero you want on your campus.

Facing dejection like any other kid, Peter seeks intervention from Dr Strange (Benedict Cumberbatch). But a glitch mistimed brings back five. Five villains from the multi-verse make their thumping presence and Spider-Man has to deal with it. Teach them a lesson and send them back to where they came from or listen to conscience-keeper Aunt May (Marisa Tomei)?

After Spider-Man Homecoming and Spider-Man: Far From Home, director Jon Watts must have swung from one idea to the next to top off a trilogy with a flourish. But with his screenplay writers Chris McKenna and Erik Sommers providing him with comforting back-up, Watts comes up with the grandest finale possible.

The idea of multi-universes, already introduced three years ago, brings in multi-complications where villains have reasons for who they’ve become. Kick some ass or cure some ass?

The blue-and-red spandex figure swings into action to do what the heart tells him.

Undoubtedly, in this bigger and better edition, the special effects department has a field day. But what saves the day is that there is a story and moments that make a heart-connect. Especially when familiar figures – heroes and baddies – from past films, come and play their parts in this multi-tangled multiverse version.

Saying anything more would amount to revealing spoilers. But guided by the good old cliché, ‘With great power comes great responsibility,’ Tom Holland has a mighty task to pull off and you get to meet an array of twisted people you’ve met before. Which gives the special effects guys more to play with, whether it’s the Lizard or Sandman.

Two words sum it up for Spidey fans: must watch. You’ll get to meet Toby Maguire too. And do wait patiently for the Marvel musts – the two scenes that come sandwiched between the end credits.