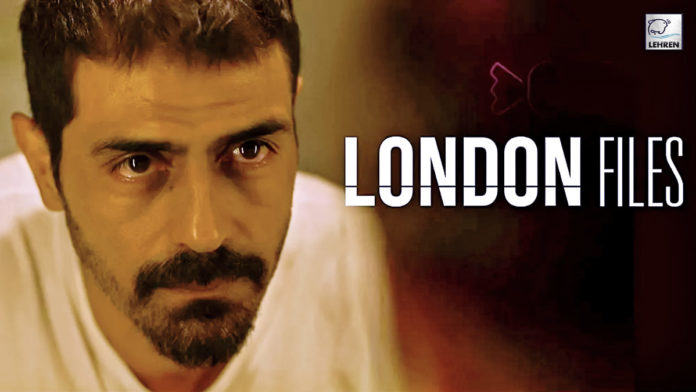 London Files is a crime thriller series streaming on Voot. Directed by Sachin Pathak, the series features Arjun Rampal and Purab Kohli in the leading roles.

The 6-episode series with Arjun Rampal as Om Singh of the London Police, has an interesting beginning. The joyous birthday celebrations of a 14-year-old that ends with a devastating phone call from school is juxtaposed with the rising frustration of immigrants after a new Immigration Bill has been passed in Parliament. The connection between the two is centred around Amar Roy (Purab Kohli), an arrogant media billionaire and supporter of the Bill, whose daughter Maya (Medha Rana) is missing.

That’s where Om Singh steps in.

What starts off as an intriguing police investigation veers on petering out into a cult with the drone of leader Gopi (Gopal Dutt) adding to the boredom that fast builds up.

A cult that can have members in any organisation and a senior who intermittently pulls up Om Singh, even suspending him at one stage, are terribly overused elements in cop investigations.

Fortunately, director Sachin Pathak and writer Prateek Payodhi give London Files a couple of fresh twists. One, what happened to the 14-year-old is different from what you’d have first imagined. It unfolds slowly and it’s a heart-analysis for every parent: would you like your child to be the victim of a dastardly crime or its perpetrator?

Two, the cult does not have the usual religious overtones but is equally fanatical and dangerous as it cloaks itself as a citizens’ movement against the Bill. It is scary especially for those in India who’ve witnessed violence and fanatical zeal in movements against laws passed by Parliament.

Although the ‘absolute chaos’ line is overdone and Gopi’s long and monotonously delivered speeches tempt you to press the fast forward button, what emerges is like a warning message. Do not take so-called citizens’ movements lightly. They run deeper than you’d imagine. It’s a good feeling watching Arjun Rampal and Purab Kohli in the same frame after their 2008 outing Rock On. In pivotal roles, they do carry the show together with Arjun looking the part of the cop with a personal tragedy in his eyes.