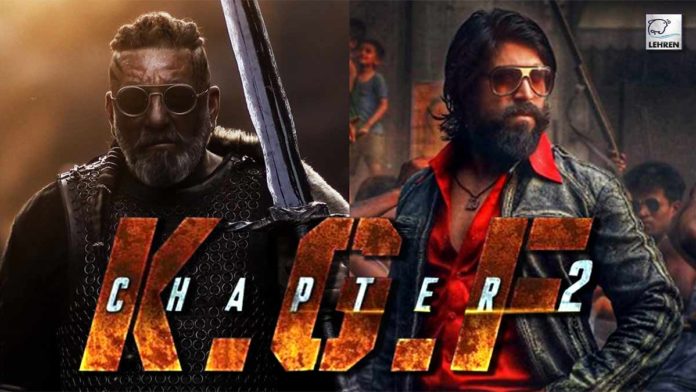 It’s become a formula for pan-India appeal. Paint a large canvas with a regional hero and sprinkle a few names from Hindi cinema on it. SS Rajamouli did it with Ajay Devgn and Alia Bhatt in RRR. Prashant Neel who writes and directs the second instalment of KGF places Sanjay Dutt (as scary antagonist Adheera) and Raveena Tandon (as starched Prime Minister Ramika Sen) in pivotal roles for a stand-off with Kannada hero Yash (Raja Krishnappa Bairya alias Rocky). It works because suddenly, it’s not a regional film anymore.

However, the KGF franchise is no Pushpa or RRR for there’s not a moment of cheer as fear, abject impotent fear, grimy misery and slavish servility are splashed relentlessly across the big screen. And if the scale is exaggeratedly large, so are the expressions and the volume. Violence, revenge, a mother’s vow, wailing women are all tuned up several notches higher than normal in a very south Indianish way especially in the mass gestures and mannerisms, and the background score is ear-hammering.

The amplification spills over to the dialogues as every piece is delivered like a punchline. ‘Violence, violence’ by Rocky or the ‘shaap’ of the mother are prime examples. The Hindi dialogues are not particularly inspired with ‘Kalashnikov’ bandied around like somebody’s just discovered a new automatic rifle and a new word to go with it.

The exaggeration continues with every frame. The cinematography by Bhuvan Gowda is impressively international in its technical brilliance and colour palette. Shots like the flying of the drying papad for instance. But every shot is also designed for exaggeration with Rocky always standing feet apart, a stance that’s standard for unchained machismo. And the characters are designed for calibrated inclusivity like a Muslim mother with a Sholay-like son for sacrifice, the skull cap and another Muslim man who’s around as Rocky’s conscience keeper.

Prashant Neel sets off by testing the patience of the viewer who may not be a Yash fan. The lengthy first half is a mass of confusion as keeping track of who’s who, who’s on whose side, who’s brutalising who or why, and what’s going on in Parliament, is baffling. Since it’s all so dystopic, it’s not a pleasant visual watch with coal dust and trauma on every face while only the hero gets the gold dust as he stands in natty bright clothes amidst all the suffering.

The hero with the eternal swagger has his girl Reena (Srinidhi Shetty) brought in like war booty, looks her up and down, calls her his “entertainment”, decides the clothes he wants to see her in…and wins her heart.

It comes together with a bit more clarity when Rocky, the don of Kolar Gold Fields, is clearly pitched opposite Adheera who has surfaced to finish him and Ramika Sen who pulls the stops to erase the criminal from the map of India. The last four words are a hint. If you stay till the end and watch the last scene, you’ll know that another instalment of dystopia, male strut and glorified violence is on the cards.

Yash could have done with a more polished Hindi cinema voice (like Shreyas Talpade who took Allu Arjun’s performance in Pushpa a couple of rungs higher with his dubbing) but is cast well as the criminal-hero. Raveena Tandon carries herself with the dignity required of a Prime Minister.

Ultimately, despite what trade figures may tell you, KGF2 is immersive in a subversive way.

Must Watch: KGF 2 Actor Yash Reacts On Competition With RRR At Box Office