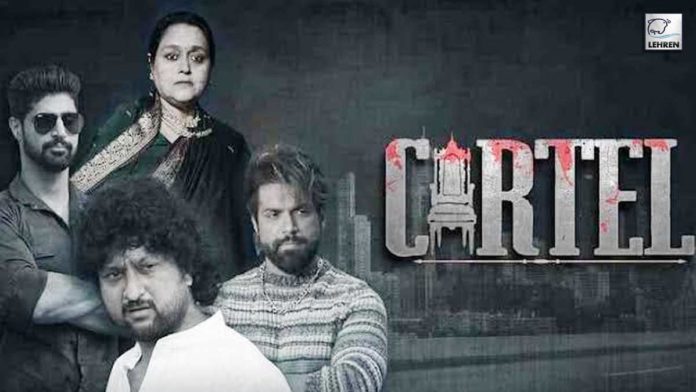 In the competitive fastest-fingers-first world, it has become fashionable for critics to watch only one or a handful of opening episodes before dashing off a review dissing a new web series. This loses sight of a vital element called story progression which must be kept in mind when critiquing any piece of creative work.

It took a little while but this review has been written only after professionally watching all 14 episodes of Ekta Kapoor’s new gangster series.

Francis Ford Coppola’s The Godfather (1972) continues to inspire generations of film writers while Ramgopal Varma’s Satya and Anurag Kashyap’s Gangs Of Wasseypur are the ready Indian templates. Personalising crime lords was set by RGV while Kashyap armed gangsters with as many expletives as the guns they toted.

Writers Manish Talpade and Sambit Mishra build a familiar world that pays obeisance to all the known gangster fare but succeeds in setting up a family of their own. It’s done with director Prashant Bhagia introducing each character vividly and early.
‘Om Shanti’ spouts godmother Rani Maai (Supriya Pathak) as she rounds up her pooja and picks up her gun. It’s she who kept the peace going between the gangs, said ‘No’ to a cartel’s deal and took a bullet for it.

Barging into the Operation Theatre with gaalis and a gun is hot-headed family member, Madhu Mhatre (Jitendra Joshi). Calming him and apologising to the doctors is calm brother, Arjun Mhatre (Tanuj Virwani). Joining them soon is Abhay Angrey (Rithjvik Dhanjani), as crazy as Madhu with malleable immaturity thrown in. Abhay’s easily honey-trapped in a ‘firangi-mates-tapori’ relationship with Maya (Monica Dogra), his mind receptive to seeds of doubt about his brothers, especially Arjun. Rithvik performs his role like he’s Anil Kapoor, even spouting ‘raawas’ like Anil’s ‘jhakkas’.

The only soothing, cerebral figure sandwiched between uncouth brothers, Arjun is just as lethal as them with his military precision blood spilling. But every time there’s a flare-up of tempers, it’s Arjun who keeps the family together, cajoles them to put up a strong, united front and keep the work going while Maai is in a coma.

A wife he dotes on and a whore who’s special is par for the course for Madhu who’s like putty before wife Rama (Girija Oak) and at his crudest with the whore (Tanishtaa Chatterjee). His dialogues with Tanishtaa centre around performing like the Rajdhani Express and going like a Bullet Train.

Pointing to the crotch, calling it ‘chhota pandu’, referring to ‘stand up’ abilities, holding a long gourd (dudhi) like a phallic symbol while the wife says, ‘kaash (if only)’ with a giggle, stripping and whipping a naked backside inside the jail, and even a poster that says, ‘Aai j…li (a dirty Marathi cuss word)’ are strewn all over. Thoroughly inappropriate, a wife sports cigarette butt marks on her arm and women are hit on the bottom and called ‘r…nd’.

But it’s a good ensemble cast that’s been put together even if they are all familiar.
Like Anna the perennial south Indian gangster with idlis, lungis and ash on the forehead.

Another called Chairman who funds films and fixes matches.

The pace doesn’t drop with so many characters. On the loose is also a mystery killer (Divya Agarwal) who’s so good with disguises that cops and criminals can’t track her even when she’s under their nose.

Spread over 14 episodes, there’s plenty of room for assorted family members, cops, placards and politics, including Dhaval (Amey Wagh), the activist who wins hearts with his ‘main nahi, hum’ simplicity before turning into a Kejriwal brand of chair-hungry politician. Cricketers blackmailed into throwing matches, a builder mafioso (Dorabji played by Samir Soni) and of course, homosexuality are all knit in. A starlet’s death which evokes remarks that followed the suicide of a famous star last year, a birthday party held at gun point, a wedding anniversary, family celebrations and loss of lives at every turn, keep the story moving.

It’s standard issue crime and sex fare. While a spate of killings go around the city, Maya and Dorabji make love frantically and elaborately, death and climax being simultaneous.

While there is a whole lot of political incorrectness especially around women, and an overdose of crassness, Cartel is well produced and well made. Amidst all the crudity around him, only ex-army Major Arjun Mhatre provides suaveness with internalised emotions and Tanuj Virwani pulls it off like a hero.

Like all heroes, he’ll be around for the next season. And, although the last episode is titled ‘Phool Aur Phinal’, crime never ends.