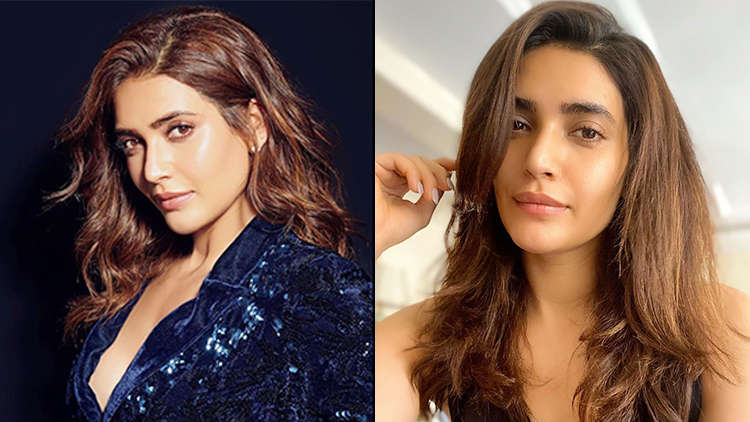 Small screen beauty queen Karishma Tanna has been one of the most loved actor. Karishma became a household name ever since she was first seen in Ekta Kapoor’s most prominent show Kyunki Saas Bhi Kabhi Bahu Thi and since then Karishma had great line ups of shows. Most recently the actor was seen in Khatron Ke Khiladi, however, some reports suggest that the actor is the winner of the latest season, but there’s no confirmation yet.

Recently, during a candid chat with a news portal, Karishma recalled how her friends randomly made her amateur portfolio which helped her to get a major role in one of the most successful show. While most of the struggling actors take years to get a small role in show or a film. However, Karishma believed in herself and distributed her pictures all around the entertainment industry and within two or three weeks, the Naagin actor got a call from Ekta Kapoor’s Balaji Telefilms.

Karishma, who was amateur during that time, revealed she didn’t even know how to present herself in front of the camera, she said, “I was very nervous, I did not know the basics of shooting. I just knew that I have to utter the dialogue after ‘Roll, Camera Action.’ But, I did not know the ethics of dialogue delivery, facing the camera and more. So, I asked my director to help and guide me through. And the first shot turned out to be good enough.”

While talking about the audition the actor further claimed it was a horrible experience, she further stated, “My audition for Balaji was horrible. I’m generally a good student when learning lines, but in front of the camera, things go haywire. I have fumbled multiple times and it was a very ganda audition. But still, I got chosen. Ekta ma’am does not see dialogues, she wants the actor to fit in the role, acting is then taken care of. So, I guess I fit the role and that is how I got it.”