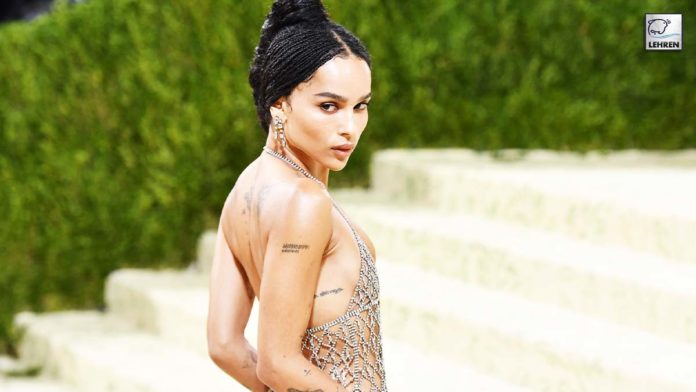 Zoe Kravitz reveals that she has been working on a new album over the past few years that will explore her "love and loss." For unversed, Zoe has recently finalized her divorce from Karl Glusman.

Zoe Kravitz has recently revealed that her upcoming album will be based on her divorce from Karl Glusman. She explained that she will be tapping into the various emotions she’s experienced during that time, including the ups and downs of her relationship with her ex-husband Karl Glusman. It seems that she is revisiting her difficult recent moments as she channels them into her new music.

The 32-year-old Big Little Lies star graced the cover of AnOther Magazine’s Autumn/Winter issue, and in the story published online on Thursday, September 30, she shared that her band Lolawolf is not currently active but that she and producer Jack Antonoff have been working on her upcoming solo album “for a couple of years, on and off.”

“I wrote it over a long stretch of time, subconsciously just capturing this range of emotions, which has been interesting to look back on and see what I was writing about them, then and now and in between,” Zoe shared. “It’s personal. It’s about love and loss.”

The High Fidelity star continued, “I got married. I got divorced. Separations, breakups are sad but are beautiful things too. It’s about the bittersweetness, that beginning, and that end. It’s so complex, that space, when you’re in between heartbroken and mourning the loss of something and excited for what’s ahead of you.”

She certainly appears to have plenty of exciting moments on the horizon. Zoe, who appears opposite Robert Pattinson in 2022’s highly anticipated movie The Batman, has been romantically linked to Channing Tatum for the past few months. However, the star has not confirmed the rumors of romance yet but they’ve been spotted together in recent weeks, including the two of them leaving the 2021 Met Gala together. Zoe was earlier married to Karl Glusman and later she filed for divorce in December 2020 after 18 months of marriage before finalizing the process last month.