Willy Wonka Prequel To Bring Together Timothée And Keegan-Michael Key 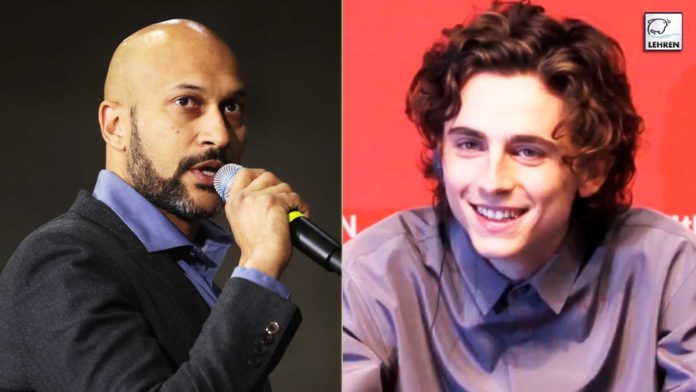 Warner Bros. has cast 50-year-old star Keegan-Michael Key who has appeared in The Lion King, Pitch Perfect 2, Toy Story 4, and Apple TV+ series Schmigadoon, for its upcoming movie Wonka, which will serve as an origin story for Willy Wonka. As revealed by Variety, Key will join Timothee Chalamet – who has been cast as the chocolatier himself – in what is set to be a prequel to Charlie and the Chocolate Factory.

The movie Wonka will take the audience to the upbringing of the man who grows up to create a candy wonderland later in life, before Charlie, the golden tickets, and the enchanted factory filled with sweets and amazement.

According to Variety, Keegan Michael-Key has been set to join the cast in Wonka alongside Timothée Chalamet. Although Timothée will depict the titular role of Willy Wonka, the details surrounding Keegan’s character and the all-around plot are still under wraps. Meanwhile, it’s safe to say that the story will move around before the world-famous factory was even on Wonka’s radar.

Roald’s 1964 sugar-coated children’s book has been the topic of various huge adaptations. Gene Wilder and Johnny Depp have both added some twists in the peculiar chocolatier in 1971s classic and the 2005 Tim Burton take, respectively. Additionally, Netflix is also creating an animated show based on Willy Wonka and the Chocolate Factory.

The upcoming movie Wonka will be directed by Paddington director Paul King. However, it will be produced by Harry Potter‘s producer David Heyman. Production for the film is all set to begin in September, and it’s a long way coming. The movie has been in development since 2016 and is finally making paces towards screening on the big screen. Aside from Keegan Michael Key and Timothée Chalamet, the rest of the cast for Wonka are under wraps and remains a huge mystery as the world hidden behind the chocolate factory’s massive gates are yet to open up for us.