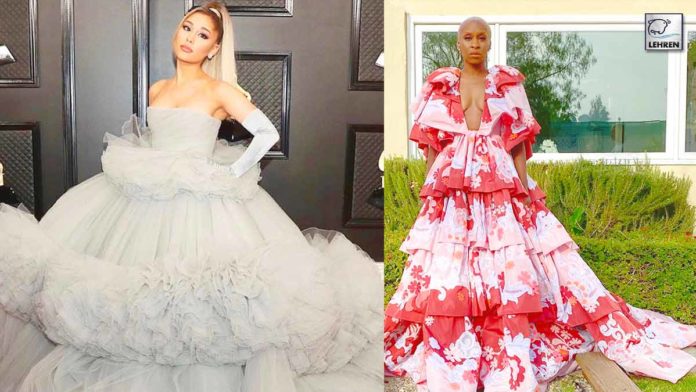 Erivo and Grande will headline Universal's adaptation of the hit musical and will star as Elphaba and Glinda respectively.

Wicked has finally found its lead characters. Cynthia Erivo and Ariana Grande will star in Universal’s adaptation of the hit musical. The upcoming movie is to be directed by Crazy Rich Asians filmmaker Jon M. Chu. However, Erivo will play the role of Elphaba while Grande will star as Glinda. Production is expected to begin in the summer in the U.K.

A Wicked film has been in the works at Universal since 2004, just a year after it debuted on Broadway. The debut went on to generate more than $1 billion in ticket sales, one of just three shows to do so. Wicked is an adaption of the novel by Gregory Maguire and is a take on the Wizard of Oz story. The plot tells the friendship between the Wicked Witch of the West, and Glinda the Good Witch. Stephen Schwartz wrote the music and lyrics and Winnie Holzman wrote the book for the Broadway version.

Cynthia Erivo is a two-time Oscar nominee for Harriet (2019) and was nominated for an Emmy for playing Aretha Franklin in Genius: Aretha. Erivo boasts a Grammy and a Tony for The Color Purple and made her first big push into film acting with Bad Times at the El Royale (2018).

Meanwhile, Grande is one of the biggest pop stars in the world, boasting two Grammys and multi-platinum albums. She will appear in Adam McKay’s Netflix film Don’t Look Up, opposite Leonardo Di Caprio and Jennifer Lawerence. She got her acting start early on Nickelodeon’s Victorious and the spinoff Sam & Cat.

However, both the stars shared the news on their Instagram accounts. They looked extremely happy while sharing the news. Ariana posted a series of snapshots of a video call and simply captioned, “thank goodness,” while adding a heart emoji. Cynthia Erivo also took Instagram to post a few snapshots of a video call with Ariana Grande and wrote, “Pink goes good with Green,” while adding green heart emoji.