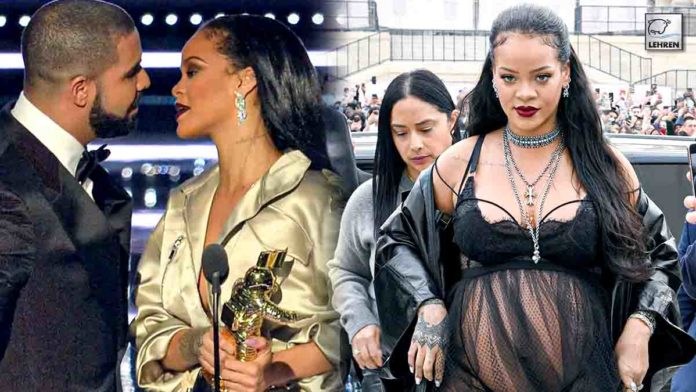 After their short-lived romance, Rihanna called it quits with Drake. The rapper finally recalls why Riri left him! Read to know more!

Drake and Rihanna’s short-lived romance came into the spotlight in the year 2009, when the duo was rumoured to be romantically linked. Shortly after Rihanna’s break up with Chris Brown, it was at a restaurant called ‘Lucky Strife’ in New York, where the ‘kiki’ singer was spotted with Rihanna, as fans apparently saw them ‘making out’ the whole time.

Soon after this, their dating rumours became the talk of the town, “She was drinking whiskey and apple juice and making out with him all night. They were really cute together,” claimed an onlooker. It seemed as if the two were progressing, and so was their love life, with Rihanna even asking Drake to pen a song for her, which apparently never got released! But soon after this, Rihanna decided to call it quits!

After their split, Drake, who seemed pretty much smitten by Rihanna all the way long, finally opened up about their separation.

“I was a pawn” Drake said, “You know what she was doing to me? She was doing exactly what I’ve done to so many women throughout my life, which is show them quality time, then disappear” he complained. What happened to Drake might sound like a weird episode of Karma, as the rapper got treated exactly how he treated other women in his life.

Not just Drake, but even Rihanna opened up on her thoughts after their breakup. “We weren’t really sure what it was,” she said. “I definitely was attracted to Drake, but I think it is what it is like it was what it was,” the “Umbrella” singer said. “We didn’t want to take it any further. It was at a really fragile time in my life, so I just didn’t want to get too serious with anything or anyone at that time” RiRi confessed.

The rapper recently even reacted to Rihanna’s pregnancy news, as she’s expecting her first child with her boyfriend ASAP Rocky. “He had mixed emotions. Of course, he was ecstatic for her because he knew she had always wanted children. But at one point in time, Drake saw himself having a future with Rihanna so it was just further confirmation that there was no future for them” an insider revealed.

While Rihanna did move on, Drake has always been in awe of the ‘umbrella’ singer, and had even called her his ‘ultimate fantasy’. But his feelings for Rihanna sadly never got reciprocated. For the unversed, Drake shares a 4-year-old son with ex-partner Sophie Brussaux.