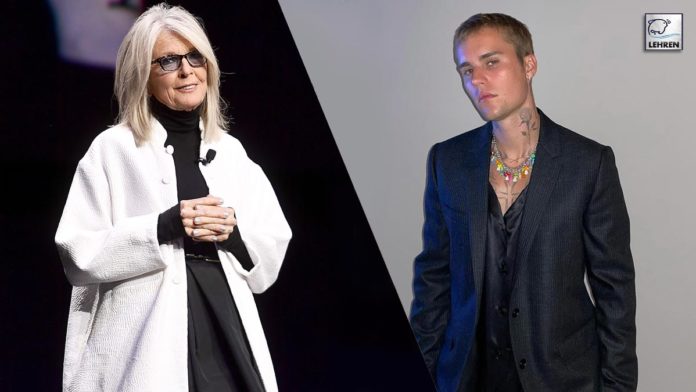 Justin Bieber and Diane Keaton share a number of tender moments in emotional footage from the upcoming 'Ghost' music video.

Diane Keaton is teaming up with Justin Bieber for a new project. The Father of the Bride actress took to Instagram on Wednesday to share a clip of her starring role in the music video for Bieber’s hit, Ghost from his most recent album, Justice. Keaton called the experience ‘an honor’ in the snippet posted to social media.

Keaton posted the clip with the caption that reads, “AM I DREAMING??? WHAT AN HONOR IT WAS TO WORK WITH JUSTIN BIEBER AND HIS INCREDIBLE TEAM!!! @justinbieber @allisonjamiekaye @ryangood24 @colinseyes @rorykramer.”

In the video, Keaton plays Bieber’s mother. The clip flashes to moments of Keaton alongside Bieber as the pair spend time as a family, partying together and enjoying sweet and touching moments as the track, which tells the story of losing a loved one, plays on in the background. The music video will debut on Friday, October 8.

Meanwhile, the Canadian singer also posted about the video, out Friday. However, justin bieber Instagram post does not have any caption. Earlier this month, it was announced that the singer would be sharing more of his music and his return to the stage in Justin Bieber Our World. The Amazon Prime documentary dropped the first trailer last Friday. Our World takes fans behind the scenes, backstage and onstage during Bieber’s record-breaking New Year’s Eve 2020 concert.

The film is directed by Michael D. Ratner. However, the film shows Bieber after his three-year hiatus from a full concert. When he returns, he delivers a mega show on the rooftop of the Beverly Hilton Hotel for 240 invited guests and millions of fans across the globe watching through live stream.

Our World shows the month leading up to the production as he rehearses and creates his stage and set. It also captures personal self-shot moments between the “Somebody” crooner and wife Hailey.

Bieber’s last show prior to the NYE show was in 2017. Since the epic performance, Bieber has taken many awards ceremony stages, including the MTV Video Music Awards and Nickelodeon Kids’ Choice Awards. Among Diane’s recent projects include 2018’s Book Club and 2019’s Poms, along with voicing a role in 2016’s Finding Dory. She won an Oscar for Best Actress for her title role in 1977’s Annie Hall.