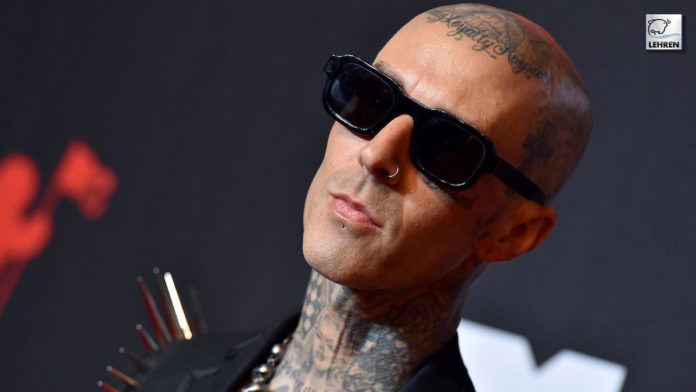 The circumstances behind Travis Barker's hospitalization have been made public. The Blink-182 drummer is suffering from pancreatitis.

The Blink-182 drummer was seen Tuesday morning arriving at West Hills Hospital before being taken to Cedars-Sinai Medical Center with his wife, Kourtney Kardashian, at his side. A source revealed to Entertainment Tonight, “Travis was sick and had intense pain in his abdomen and it really concerned him and Kourtney. They called 911 and he was rushed to the hospital. After speaking with Travis and running several tests, doctors said Travis is suffering from pancreatitis.”

The Mayo Clinic describes the illness as pancreatic inflammation. “Pancreatitis can occur as acute pancreatitis, meaning it appears suddenly and lasts for days. Some people develop chronic pancreatitis, which is pancreatitis that occurs over many years,” according to the Mayo Clinic. Treatment for pancreatitis occasionally results in improvement, but more severe instances can have potentially fatal consequences. Vomiting, nausea, and stomach discomfort are a few symptoms.

The news was initially reported by TMZ. On Tuesday, as Kardashian was seen comforting her husband, Barker was seen resting on a stretcher. Kourtney was wearing a black sweatshirt and sweatpants and she followed the ambulance closely before meeting her husband at Cedars-Sinai. Travis tweeted a strange message with the words “God Save Me” before the pictures were taken.

ALSO READ – Travis Barker Hospitalized In L.A. With Kourtney Kardashian By His Side

Alabama Barker, Barker’s 16-year-old daughter, also requested prayers on Instagram. The youngster also shared a photo of herself clutching her father’s hand on TikTok with the remark, “Please say a prayer.” After some time she deleted the picture. The musician was admitted to the hospital on the same day that his son, Landon Baker, 18, appeared onstage with Machine Gun Kelly at a Madison Square Garden concert that was completely sold out.

The 18-year-old entered the stage and sang “Die in California,” their most recent song together. In Instagram Stories that Landon shared, he can be seen dressed in a head-to-toe black costume with sparkling embellishments, and he appears entirely at ease as he sings out the song to the large crowd at the arena. Landon was also spotted as he walked out of Machine Gun Kelly’s Madison Square Garden afterparty at Catch Steakhouse in New York with his new girlfriend Charli D’Amelio.