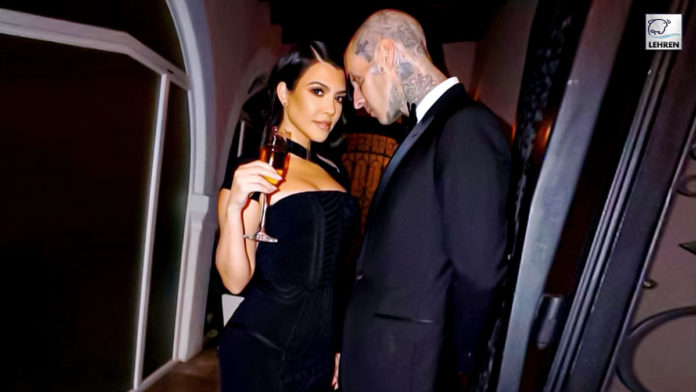 Travis Barker and Kourtney Kardashian got engaged in October 2021, 10 months after dating.

Travis Barker and Kourtney Kardashian’s relationship is growing with time. And recently, the Blink-182 drummer expressed his undying love for the Poosh founder while sharing a steamy post featuring a snap of the happy couple cuddled up and smooching outdoors. Alongside the public display of affection, Barker penned, “I Would Die 4 U,” referencing the song from Prince’s 1984 album Purple Rain.

Meanwhile, Kourtney Kardashian responded to his caption in the comments, penning, “You, I would die for you.” However, the loved-up couple got engaged last October, 10 months after dating. Kardashian and Barker have remained relatively quiet on social media in 2022. The last time the two appeared in an Instagram post together was on January 12, when Kardashian shared a photo of the couple snuggled up in matching red-and-black leopard print pajamas.

Shortly after the new year began, Kardashian and Barker enjoyed a sunset on the beach with the former reality star’s children, Penelope, and Reign. Kardashian indicated that her eldest child, Mason also joined the trip. “Family over everything,” Barker commented at the time. In late December, a source told People that Kardashian and Barker were “madly in love” with each other and loved to “spend all their time together.”

However, the source explained, “She’s over the moon.” “They’re almost like high school sweethearts all over again. Neither of them ever thought they’d fall in love like this again.” In addition to their personal connection, the source said Kardashian appreciated the connection Barker had built with her three children. “He’s so sweet and loving towards her and her children,” the source told People. “Their families also blended easily and nicely, and they all get along so well.”

ALSO READ – Kourtney Kardashian Is Planning To Have Intimate Wedding With Travis Barker?