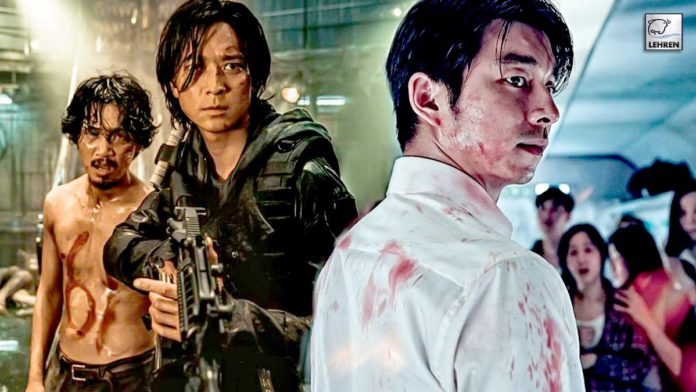 The remake will be produced by New Line Cinema and directed by Indonesian director Timo Tjahjanto, the man behind the award-winning thriller Headshot.

If you are fishing for some Zombie movie ideas to spend your weekend, you’d definitely find “Train to Busan” as one of the top 10 recommendations on the internet. You don’t necessarily have to be a K-drama addict to know about this masterpiece, the 2016 Korean horror film is one of the highest-grossing Korean films. The first Korean film to screen at the prestigious Cannes Film festival, the movie is not just any other Zombie thriller movie, “Train to Busan” teaches audiences the importance and impact of sacrificing things for loved ones. As a zombie virus breaks out in South Korea, passengers struggle to survive on the train from Seoul to Busan. Korean superstar Gong Yoo, who was last seen in Netflix’s blockbuster Squid game was seen playing the main lead alongside talented co-stars Choi woo shik of “Parasite game” and Don Lee, who portrayed Gilgamesh in “Marvel’s Eternals”. The movie was a mix of all things perfect, a great cast, an amazing storyline that keeps you on the edge of your seat, bewildering visual effects, and the tearjerker element of the father-daughter relationship.

However, the re-making was officially announced in February 2022, In addition to raising a lot of anticipation amongst the viewers, “Last Train to New York” has also received mixed reviews. Many have expressed their displeasure, fearing that the Korean cultural context and references which make up the very core of Train to Busan will be lost. For instance, a lot of historical gravity is attached to the southeastern port city of Busan. As depicted in the original movie, the final destination of Busan is where the passengers are headed to. This comes with a context as Busan was seen as a safe haven for the refugees of the Korean War. Many other nuances and layers cannot be meaningfully translated and hence can be lost in the US remake of the movie. Many took to their Twitter handles to express their disinterest
“Oh no, the OG was ‘ICONIC’ and classic and incomparable! (Though I’ll still watch.)” said, one user.

“The original Korean movie is a masterpiece. This remake is unnecessary.” said another while others found the remake to be ‘overrated’ in the first place. “Plus, Timo Tjahjanto is an AMAZING director and is going to kill it with “LAST TRAIN TO NEW YORK”! What are we complaining about?” a user wrote appreciating the remake news.
User @pj_campbell also wrote: “I love Train the Busan. I’m also excited for Last Train to New York. I think Timo is going to absolutely crush this”, another user expressed.

Although maker Tjahjanto tweeted in response to the criticism,
“Timo, we need to rise above & beyond everyone’s expectations, just like other great remakes have done such as “The Ring” or “Dawn of the Dead” remake.”

Riding the Hallyu (Korean) wave, in recent years there have been many South Korean projects that have gained worldwide attention. With the rising popularity and craze, there has been a steady increase in the number of remakes that were originally adapted from South Korean movies. Bollywood too has been diligently remaking Korean movies for years now. From the recent Karthik Aaryan starrer “Dhamaka”, to Salman Khan’s “Bharat”, including many others like “Jazba”(2015) “Rocky Handsome” (2016) “Teen” (2016), and many more, on a common note, none of these films were as successful as their original adaptations. As the saying goes, remakes are not inherently bad, Bad remakes are the problems.

It will be exciting to see what the American remake has to offer after the last film made fans sad, scared, and exhilarated. While other important details about the remake are yet to be corroborated, stay around this corner to get updates.