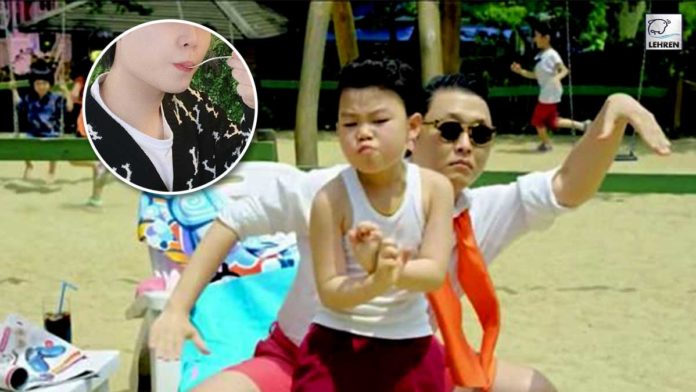 One of the most iconic K-Pop hits by legendary South Korean icon 'PSY' called the Gangnam Style featured a small kid in the music video. Here's what he's doing now!

Who doesn’t remember the iconic South Korean jammer, ‘Gangnam Style’ that had set the internet on fire? The popularity of the song had even made PSY, the singer of the song, a global icon overnight, with people humming and dancing without even knowing the lyrics of the song. While the success of the song made ‘Gangnam Style’ one of its kind, it still remains the highest viewed K-Pop song on YouTube, with 4.3 billion views. People loved the song to its bits, but apart from PSY, the 7-year-old stole the limelight of the song, with his energetic and groovy dance moves.

Its been 10 years since the release of the song and even today, when people watch the music video, they seem impressed with the 7-year-old boy for his sassy moves and charisma. After the release of the song, everyone wanted to know who the little boy was, as he was revealed as a contestant in Korea’s Got Talent. His name was revealed as Hwang Min Woo, who rose to fame after his cameo in the song. Fast forward to 2022, what is the young star doing now?

Well, Hwang is not a kid anymore, and is almost 17 years old, not just that, but also taking the internet by storm. Grown-up to be a handsome teenager, Hwang is extremely popular on his Instagram account, and rightly goes y the username ‘@littlepsy_hmw’ with more than 10,000 followers. Many have even suggested that he should soon debut with a K-Pop band, as he has got visuals of an idol. He is currently graduating from the School of Performing Arts Seoul (SOPA), which is known for training some of the biggest idols including BTS’ Jungkook, EXO’s Kai, ATEEZ’s Younho and many more.

Hwang not just has a great personality and charismatic looks, he is also a great dancer and has been showcasing his dancing skills on the internet. When Gangnam style was released, no one thought it’d become a viral sensation, talking about the same, PSY had shared the success of the song, “I released this song in the middle of summer and economically, things were just not that great. I couldn’t think of anything else of myself and my role as an entertainer other than giving everyone fun and joy through my song, dance, and music video.”