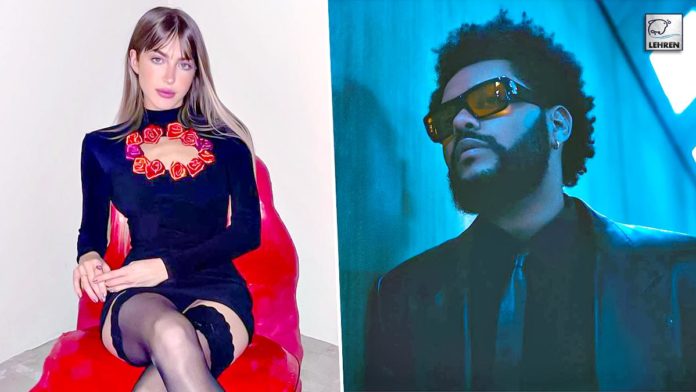 The Weeknd and Simi romantically linked last year, and the couple recently sent tongues wagging again as they spotted together.

The Weeknd and Simi Khadra first sparked romance rumors last year. And recently, they were spotted locking lips with his ex Bella Hadid’s former friend, Simi Khadra, at his birthday party over the weekend. The couple was spotted sharing a passionate kiss at The Weeknd’s 32nd birthday at Delilah in Las Vegas on Saturday night. Simi was seen placing her hands on his neck as they shared a fiery kiss, oblivious to the many guests surrounding them.

The Weeknd, whose real name is Abel Makkonen Tesfaye, has been romantically linked to Simi for some time. Rumors first swirled about the two being an item last April, and the couple sent tongues wagging again earlier this month when they were seen leaving Sunset Tower hotel together following a dinner date.

However, Bella Hadid reportedly unfollowed both The Weeknd and Simi last year, following the initial reports they were dating, though they had not been pictured together on their Sunset Tower dinner date. Simi is a part of a DJ act with her sister Haze Khadra, known as Simi And Haze, and the pair launched their own beauty line SIMIHAZE BEAUTY last year.

Meanwhile, the DJ pair were seen at The Weeknd’s album release party at Delilah in West Hollywood, prompting fresh rumors of a romance. For unversed, The Weeknd and Bella were first linked together back in April 2015 and were on and off for years. They were first rumored to have split the following year in February and were then back together in 2018.

Before that, he started dating Selena Gomez in January 2017 and they ended the romance in October. Bella and The Weeknd called it quits again in August 2019 after four years, with sources at the time saying they were in ‘different places.’ Last year, a source told UsWeekly, ‘Bella and The Weeknd have been in touch recently.’