The Simpsons Writer Reveals The Ending Of Beloved Cartoon 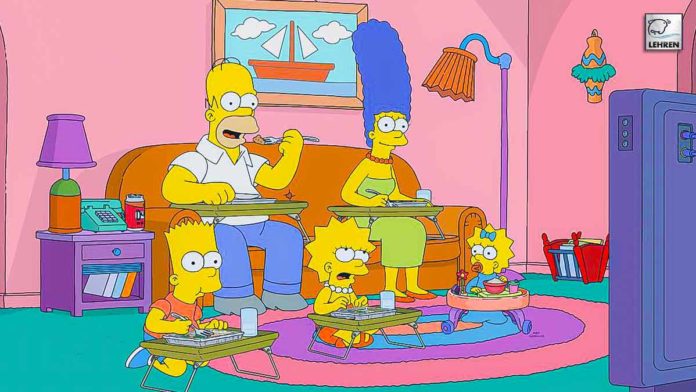 The Simpsons recently marked its milestone 700th episode and are giving no sign of slowing down anytime soon.

The beloved show has so far been running for over 32 years and has aired a widely successful 33 seasons, making it the longest-running American animation. for unversed, The Simpsons follow the lives of (The Simpsons characters) Homer, Marge, Bart, Lisa, and Maggie.

Although there are no plans for The Simpsons to be wrapped up anytime soon, showrunner Al Jean has teased that it would end just how it began back in 1989. Jean said, “I mentioned that there would be an ending where the last episode of The Simpsons, they’d be going back to the Christmas pageant from the first episode (Simpsons Roasting on an Open Fire) so that the whole series was a continuous loop, that’s how I would end it if I had to.”

However, if you recall the debut episode, the Simpsons family attend the Springfield Elementary School Christmas pageant before preparing for the festivities. The Simpsons Bart and Lisa then write letters to Father Christmas, with Marge then taking them both shopping for presents the following day.

Meanwhile, Jean went on saying, “To be honest, the talk of ending, especially as we are doing really well on Disney Plus in the US and the UK and other countries in the Americas, I don’t see anybody going, ‘let’s wrap it up, or figure out how to get out of it’ at the moment,” “I think we’re the number one scripted show in the US, and with the new episodes as well,” he added.

The Simpsons recently marked its milestone 700th episode and are showing no sign of slowing down anytime soon. Jean added to the Radio Times that he is keen on sticking around and making more, while saying, “I calculated that if we make it to 1,000 episodes, that’s 12 more seasons. So I’ll just be saying, I’ll be very happy to be here in 12 seasons’ time but it’s not just a hop, skip and a jump, it’s a little further than that.”

ALSO READ – Disney+ Added These Movies On Its Special Day

Moreover, The Simpson has been breaking new ground in recent months, with confirmation that Smithers, who came out as gay on the show in 2016, is to fall in love in a landmark moment. Meanwhile, in October, the show honored Breast Cancer Awareness Month with a special episode that featured a breast cancer survivor, who had a unilateral mastectomy. As a result, the character had only one breast with a visible scar on her chest. If you are wondering where to watch The Simpsons, then no worries, as The Simpsons are available to stream on Disney Plus.