The Matrix Resurrections: Details to Know About The Iconic Action Franchise 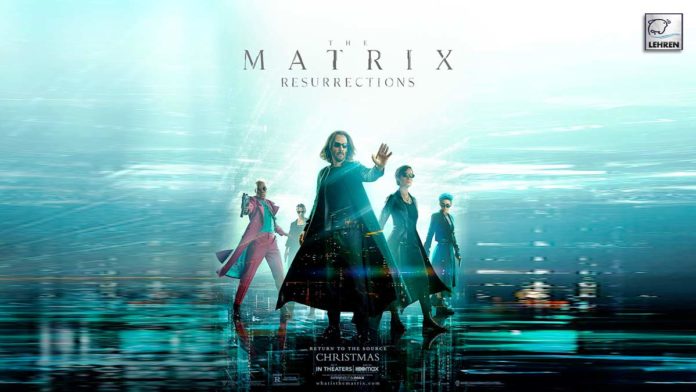 The fourth installment in The Matrix franchise is set to release on December 22, 2021.

Almost eighteen years after The Matrix Reloaded and The Matrix Revolutions ended The Matrix trilogy in a polarizing way among film critics and fans, Lana Wachowski is bringing the iconic action franchise back. This will mark the fourth go-around on the big screen with the upcoming installment of The Matrix. As revealed at the 2021 CinemaCon, the film has titled The Matrix: Resurrections.

However, the title is an appropriate one considering the film will have to explain how the main characters Neo and Trinity are now alive. The plot is kept under wraps, although, there’s enough information out there about the fourth installment of Matrix to get fans excited for its December 22, 2021 release.

Warner Bros. officially confirmed the Matrix 4 on August 19, 2020. Earlier that, John Wick director Chad Stahelski revealed that Lana Wachowski will return to the world of The Matrix for a new installment. The Matrix: Resurrections recently released the official poster. Featuring front and center are Keanu Reeves and Carrie-Anne Moss as Neo and Trinity respectively.

Apart from the fan-favorite characters, the cast has some newcomers including, Yahya Abdul-Mateen II (playing Morpheus) and Jessica Henwick. Just as the official trailer for the movie shook up the visual language of the franchise with a lot of brighter colors, the poster presents a more 3D, digital cyberspace than the classic green ticker-tape look of The Matrix.

Though there is no official plot synopsis for The Matrix 4, Keanu Reeves has teased that the love story between Neo and Trinity will continue to be the backbone of the story. For unversed, the original trilogy ended with Neo’s presumable death, or as Reeves said in an interview last year, “Things looked a little dire for Neo.”

Additionally, Reeves explained the screenplay as “a beautiful script that is a love story, it’s inspiring.” The actor added, “It’s another version of a kind of call to wake up and it has some great action. All will be revealed.” When asked if The Matrix 4 would be a prequel and connect events from before the original 1999 movie, Reeves simply said, “No, no. No going in the past.”

Vivek Agnihotri Reacts To Facing Trolls Over His “Beef Remark”