The Croods: A New Age Is Set To Release In Indian Theatres 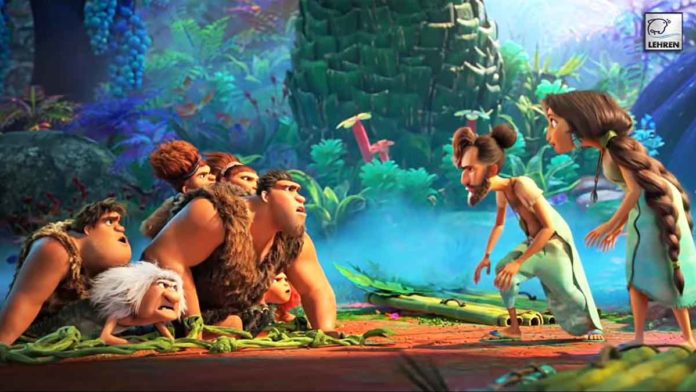 Ryan Reynolds and Emma Stone starring ‘The Croods: A New Age’ is back again to take its audience on an amazing prehistoric adventure. It will release in Indian theatres on September 10, 2021

Directed by Joel Crawford, the movie is set to release on the Indian big screen tomorrow. It will be released in both English and Hindi. The Croods: A New Age is the second edition of The Croods. Like the first edition, the second edition will also take the audience on an amazingly fun prehistoric journey. Get ready to go again on an adventure with the Croods and Betterman.

The trailer was released on 17 June 2020. As seen in the trailer, the movie continues the ever-evolving story of the Croods and the Bettermans. Now they learn to live together. In their new paradise, they found a safer place, a sublime farm to live in. There they also found rivals – the Bettermans. They are neighbors as well. The much more evolutionarily advanced bettermans live with their hippy vibe and luxury.

The film has a voice cast of Nicolas Cage, Emma Stone, Ryan Reynolds, Catherine Keener. They are reprising their roles from the previous edition. Alongside, the Game of Thrones star, Peter Dinklage and Star Wars veteran, Kelly Marie Tran also join the cast.

In the sequel of The Croods, the main protagonists venture off into the unknown in search of tomorrow. Alongside their friend guy, the cave family settles on a piece of land. Later, they learn that the land is owned by Phil and Hope Betterman.

The Croods was released back in 2013. It collected up to $587 million at the box office against a budget of $135 million. This movie gets huge success around the world. The Film’s fans are always looking for the news about the sequel of the movie. The release of The Croods 2 was delayed over a year due to the pandemic. But on September 10, 2021, it is finally ready to hit Indian theatres.

Directed by Chris Sanders and Kirk DeMicco, the Croods featured the voices of Nicolas Cage, Ryan Reynolds, Emma Stone, Catherine Keener, Cloris Leachman, Clark Duke, and Randy Thom. The plot of the movie moves around a Neanderthal family. They travel through unfamiliar and precautions territory with a mysterious yet inventive boy to find a new home after their cave is destroyed. Universal and Dreamworks announced that the sequel of the movie was in progress in 2017. The long-awaited sequel was ready to premiere on a silver screen last year only.

Watch Official Trailer Of The Croods: A New Age