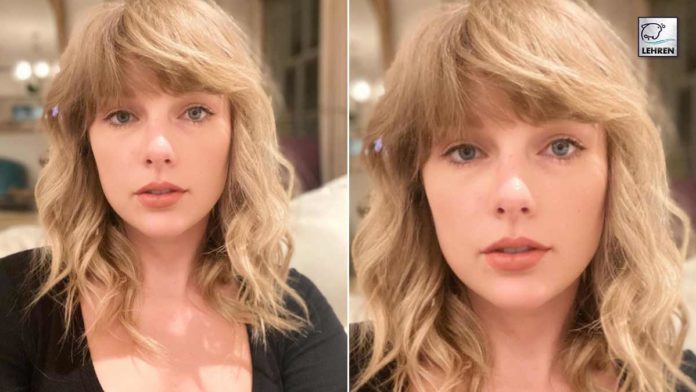 Taylor Swift’s stalker has been pronounced guilty and has been sentenced to jail for 30 months. The said incident took place back in 2008. Read below to know more.

American singer-songwriter Taylor Swift indeed enjoys a massive following around the globe. All the fans are always happy to get a chance to interact with their favourite star. But at times they cross the line. In one such incident, Taylor Swift’s stalker pleads guilty and has been put behind the bars for 30 months.

The incident took place back in 2018 when a man named Eric Swarbrick in Austin, Texas started harassing the pop sensation.

Taylor Swift’s stalker pleads guilty in the court. He is guilty not just for stalking but also for sending threatening letters, and emails to her former record label.

The guilty plea against this man was filed back in 2019 and the hearing took place now. As per the reports by Hollywood Report, the records in federal court state that Taylor Swift’s stalker has been put in prison for 30 months.

Apart from the 30 months behind the bars, he will be under supervision for three years after his release. In the plea deal submitted by Eric Swarbrick over the past year, the attorneys settled on a decision.

Talking about Eric, he had sent over 40 emails and letters to Taylor’s former music label Big Machine Label Group. Most of these emails were addressed to the CEO of the label. In the mails, Eric is asking to introduce him to Swift.

As per the registered complaint, the letters started to a take a dramatic and violent turn after one point. This thing triggered an alarm. Apart from that, Eric admits to have come down to Nashville to hand over the letters.

With celebs life being in the public eye, many think that it is okay to stalk them around. They eventually forget that they’re humans too and need their private space.